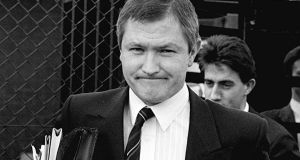 The strategy of avoiding dealing with unsolved Troubles killings – euphemised as ‘legacy’ – fuels anger rather than confronts basic divisions. The latest British government rejection of a public inquiry into the 1989 killing of lawyer Pat Finucane offends in several respects. This was collusion involving a number of agencies, belatedly acknowledged as such at the highest level of British politics. Instead of questioning evidence in public, the response has been to make pledges then renege. Yet it is inarguable that collusion between state agencies and paramilitary killers undermines the law and needs transparent investigation.

The Finucane family has been repeatedly promised the public inquiry fobbed off again this week by Northern Ireland Secretary Brandon Lewis, with the feeble excuse of ongoing inquiries. The Police Ombudsman and the PSNI Chief Constable say they have no such timetable. Former Taoiseach Bertie Ahern has said the Irish and British governments agreed on an inquiry.

In the House of Commons Lewis quoted one of his predecessors, Owen Paterson, accepting in 2011 that collusion occurred but declaring it not “sufficient in itself” to order a public inquiry. In 2011 as in 2012 prime minister David Cameron spoke of “shocking levels of collusion”. That the killers were in part directed by security agencies and included at least two security force informants provided with information by a third agent has been accepted for at least the past nine years by senior British politicians.

They continue to insist there is a lack of evidence that the highest levels of power knew of collusion at the time, much less directed it. This circular argument against an inquiry in public has been increasingly rejected by the most parties in the north, while angrily defended by unionist politicians. The Lewis announcement came at the last possible minute to fulfil a requirement, made in February by the Supreme Court, for an announcement.

Unionist politicians ignore the argument that the state must be held to higher standard than paramilitaries, and say calls for ‘legacy’ inquiries are milked by republicans. British Conservative politicians want impunity for security force members accused of, even convicted of, killing while in the state’s service.

From a unionist perspective, admitting state wrongdoing lessens IRA/republican blame for the Troubles. And Sinn Féin glorification of the IRA is hard to stomach. But overlap between security forces and loyalist paramilitaries, still emerging today, bolstered IRA support for decades. Pat Finucane, who had loyalist as well as republican clients, was targetted because he defended IRA suspects. His family have been tireless in exhausting legal remedies. Continuing obduracy in response is deeply damaging to Britain.