The Irish Times view on the teaching of history: An invaluable tool in the era of fake news 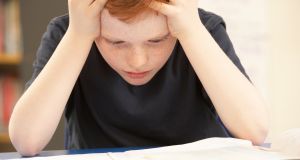 Minister for Education Joe McHugh should insist that history is categorised as a core subject for the Junior Certificate. Its downgrading was a retrograde step and McHugh was right to order a review by the National Council for Curriculum Assessment (NCCA) shortly after he was appointed to his current role.

As part of the new junior cycle, wellbeing has replaced history as a core subject along with maths, English and Irish. It is probably no surprise that the NCCA, in a draft finding, is said to have come up with reasons to stick by the original decision but McHugh should trust his instincts.

The decision to drop history has rightly provoked widespread opposition. President Higgins last year expressed his “deep and profound concern” about changes of status, saying that knowledge and understanding of history is “intrinsic to our shared citizenship, to be without such knowledge is to be permanently burdened with a lack of perspective, empathy and wisdom”. Similar views have been expressed by prominent historians and by the History Teachers Association.

There is something truly ironic about the fact that the decision to drop history was taken in the middle of the Decade of Commemorations when the State has gone to such trouble to formally acknowledge the events of a century ago which led to Irish independence. These commemorations have prompted a huge level of public interest and have promoted a deeper understanding of the complexity of the forces involved in the events which led to the election of the First Dáil, the War of Independence, partition and the establishment of the Free State.

Aside from making young people aware of their own past, the teaching of history is also designed to promote a questioning attitude which is more important than ever in the era of fake news. A training in history can be an invaluable tool in sifting the mass of contradictory information circulated via the internet and social media as well as traditional media outlets. The Minister has the authority to override the findings of the NCCA and, if necessary, he should not hesitate to do so.