The Irish Times view on the Mother and Baby Homes report: a culture of silence and shame

What emerges from the files, and from the graves of the unregarded innocents, is a dark story that will take some time to absorb into the official narratives of independent Ireland 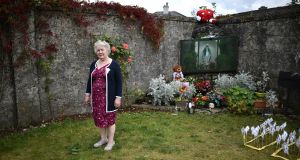 Shame breeds shame. The shaming of women and children was, as the report of the commission of inquiry into the system of Mother and Baby Homes shows, practised on an industrial scale in independent Ireland. Between 1922 and 1998, 56,000 mothers passed through the homes investigated, 57,000 children were born in them and at least 9,000 died. The system existed to ensure that these women and children felt ashamed of themselves. The report should do the same for all of Irish society.

In 1964, Michael Viney, writing in the Irish Times, described the Mother and Baby Homes as Ireland’s “secret service” and suggested that “the one really distressing aspect of these secret-service homes is that Irish society should have made such conspiracy necessary”. It was a conspiracy, not just of silence, but of silencing. The point of the system was to remove women who had conceived outside of wedlock from ordinary life, to render them invisible and to ensure that, even if they were not too ashamed to speak, they could not be heard.

The report finally breaks that silence and transfers the shame to where it belongs – to a culture, sustained by an unholy alliance of church and State, that maintained its precious purity by locking away those who were seen to threaten its self-image. Thanks, initially, to a great act of civic conscience by the historian Catherine Corless in Tuam, the secret service has been declassified.

What emerges from its files, and from the graves of the unregarded innocents, is a dark story that will take some time to absorb into the official narratives of those decades. It is a story of hypocrisy on a grand scale, of the misogyny that visited all the sins of sex on women, and of the cruelty of a class system that valued cheaply the lives of the poor and the marginalised.

It is easy, and to some degree proper, to place the blame on the religious who ran these institutions. But the “service” they provided was the maintenance of a toxic fiction – Irish moral and religious exceptionalism – that much of society wished to believe. The publication of the report is an important act of restitution and, along with the Taoiseach’s apology, due today, it provides a foundation for a more truthful and inclusive form of public memory. Yet it must be, not the closing of a chapter, but the opening of a more humane idea of decency. There are no indecent human beings, but there are abusive systems that corrupt both religious faith and political integrity.

Ireland created and sustained such systems and fed human lives into them for decade after decade. It will not have fully left that history behind until it can say with honesty that it no longer places out of sight those it would prefer not to think about. Shame is a mere self-indulgence if it does not lead to the banishment of the habits of mind that produce it.