Report a ‘damning indictment’ of church and State – survivors’ group 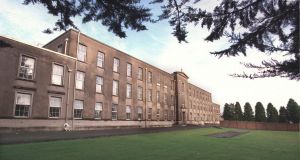 The report of the Commission on Mother and Baby Homes has been described as a “damning indictment” of both the church and State, by a coalition of survivors’ groups.

In a statement, the Coalition of Mother and Baby Home Survivors said the “truly shocking” report vindicated those who had been campaigning on the issue for many years.

The long-awaited report, published on Tuesday, found that women who gave birth outside of marriage were subjected to “particularly harsh treatment” by society at the time.

The report said responsibility for that cruel treatment “rests mainly with the fathers of their children and their own immediate families,” but added it was supported and condoned by the “institutions of the State and the churches.”

It said the very high rates of infant mortality during the first year of babies’ lives in the institutions was “probably the most disquieting feature” of the homes, where 9,000 children died between 1922 and 1998.

The coalition of survivors’ groups said it was wrong for families to send vulnerable unmarried pregnant women to be “incarcerated” in the homes.

The group’s statement said this did not entitle those running the homes to “deprive the young girls of their legal and Constitutional rights, and the right to be treated with dignity and respect.”

“We must not overlook the fact that the Government and the Roman Catholic Church and Protestant churches ran the Homes together hand in glove,” the statement said.

“What they did represents a damning indictment of Church and State. They jointly bear legal responsibility for the ill treatment and abuse and the gross breach of human rights that occurred in the Homes, Catholic and Protestant alike,” it said.

The group criticised the report as “fundamentally incomplete,” stating it had ignored the issue of “forced separation of single mothers and their babies since the foundation of the State as a matter of official State policy.”

The statement said those who operated “rogue adoption agencies” to place the babies of mothers in the institutions with others had been given “a free pass to escape their criminal behaviour”.

Paul Jude Redmond of the Castlepollard Mother and Baby Home group, said a State apology on foot of the report would be “hollow words without concrete action to back them up”.

“Illegally adopted people must have their basic human rights vindicated by the State immediately. They are entitled to the truth without further delay,” he said.

Theresa Hiney Tinggall of Adopted Illegally Ireland said those who had been adopted illegally from the institutions had been “left out of this investigation”.

Derek Leinster of the Bethany homes survivors’ group questioned why the State and Church of Ireland had allowed “children like me to rot.”

Another survivors’ group, Irish First Mothers, described the report as a “whitewash,” which absolved the Churches and State of “any systemic responsibility”.

Covid-19: Tighter restrictions on international travel under consideration 03:00
Taoiseach appeals to China to reopen market to Irish beef urgently 01:00
Harsh new punishments for human trafficking planned 01:00
Holocaust Memorial Day: ‘We have a duty not to forget’ 01:00
Remote-working ‘revolution’ bringing people back to towns and villages 01:00