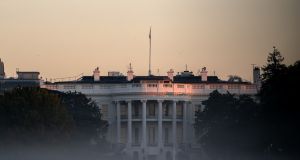 In the wake of the 2016 US elections concern at the failure of polling to pick up swings to insurgent Donald Trump in key marginals saw many beginning to write off opinion polling. An investigation by the American Association for Public Opinion Research found that pollsters had failed to spot the disproportionate number of undecided voters opting for Trump in the final days, particularly in the upper midwest battleground states. It also pointed to faulty statistical weighting – some pollsters, for example, failed to take account properly of the fact that college-educated voters are more likely to respond to polls.

This election has seen polling again miss a surge in Trump support, notably in marginals such as Ohio, Iowa and Florida which they projected him to lose narrowly. The respected New York Times/ Siena College poll overestimated Biden’s support by up to 10 points in key states such as Wisconsin and Iowa. YouGov predicted Biden would secure 53.2 per cent of the popular vote (actually 50.4 per cent), taking him to a resounding victory in the electoral college, with 364 votes.

A variety of explanations have been advanced, and notably the willingness of Trump voters to avoid pollsters or mislead them over their intentions, the so-called “shy Trumper” – akin to the “shy Sinn Féin voter”, a phenomenon once familiar to Irish polling companies but which is no longer an issue. Some studies suggest that highly educated Trump supporters might be more likely to tell pollsters they preferred his opponent because of social pressure.

Republican efforts to prevent some populations from voting easily may have had largely unmeasurable effects, despite the high turnout. And it appears from exit polls that attitudes to the pandemic and to the speed of reopening the economy was also less of a motivating factor for voters than many polls had appeared to convey.

Some blame the advent of caller ID on phones; fewer pick up, and the young are much less likely to answer the phone to an unknown caller.

The truth is this is far from an exact science.