The Irish Times view on the class gap at third level: making progress, must do better 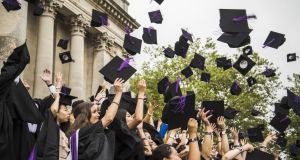 A new study by the Higher Education Authority shows in stark terms the gap between the rich and poor at third level. Photograph: iStock

A new study by the Higher Education Authority shows in stark terms the gap between rich and poor at third level. Students from affluent families are not just more likely to progress on to third level – they also dominate high-points courses and earn more within months of graduation. Students from disadvantaged backgrounds are less likely to go to university and account for just a tiny proportion of students in the most sought-after courses. While the profiles of students in institutes of technology tend to better reflect the wider community, some of our top universities seem to have maintained their reputation as bastions of privilege.

Despite the introduction of “free fees” two decades ago, the rapid expansion of third level and millions of euro spent on access programmes, it is striking that the class gap in the higher education system remains so wide. But it would be unfair to say little is being done to boost the number of under-represented groups. Some universities have developed inspiring access programmes and are helping to transform the lives of individuals. A State-funded national access programme is funding more of these type of programmes and nudging numbers upwards.

Equality of opportunity can only be achieved if we recognise society’s deeply ingrained economic, social and cultural barriers

However, these individual initiatives amount, at national level at least, to a tinkering with the problem. We need far greater scale, ambition and funding if we are to make a serious dent in narrowing the gap between rich and poor at third level. Early intervention is crucial in boosting the life chances of disadvantaged students. Greater access to teaching and learning support is vital. Doing more to set aside third-level places for those from under-represented groups must be a priority. Even simple steps such as ensuring a child in a disadvantaged secondary school has access to higher level maths are hugely important.

Education has a unique capacity to break down disadvantage and reduce inequality. Every child has to have the opportunity to fulfil their potential. But equality of opportunity can only be achieved if we recognise society’s deeply ingrained economic, social and cultural barriers.