The Irish Times view on judicial appointments: Government’s credibility on the line 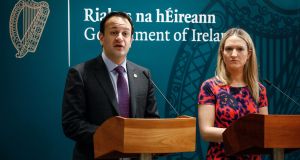 It will come as a surprise to anyone familiar with the workings of the Judicial Appointments Advisory Board (JAAB) to see it portrayed, as the Government has done this week, as some kind of brutally unforgiving testing ground for future judges. It is a comment neither on those who serve on that body nor on those it recommends to say that in fact the JAAB is little more than a fig-leaf designed to give a veneer of procedural rigour to an appointments process that is secretive, haphazard and, as we have been reminded this week, ultimately political. It was created in 1995 as a short-term political fix that was never intended to last, but last it has. Its only real function is to weed out from judicial recruitment competitions some clearly unsuitable lawyers. The government of the day is free to ignore its recommendations, and frequently does.

That so much of the Government defence of the manner of Séamus Woulfe’s selection to fill a Supreme Court vacancy rests on the fact that he was recommended by the JAAB is therefore a sign of the weakness of its position. JAAB is almost never used as a route to the Supreme Court for the simple reason that judicial experience is highly valued on the State’s highest court, giving an advantage to serving judges. Yet, hiding behind an absurdly narrow conception of the separation of powers, the Government continues to refuse to explain how it arrived at the decision to appoint Woulfe, a longtime Fine Gael activist, over a number of judges who had expressed interest in the position and the many others who were eligible. Woulfe may well have been the best candidate, but it’s not clear that much assessment of the candidates took place at all.

Indeed the Government appears to have taken the decision in an information vacuum. Minister for Justice Helen McEntee says she discussed the nomination in advance with Taoiseach Micheál Martin, Tánaiste Leo Varadkar, Green Party leader Eamon Ryan and Attorney General Paul Gallagher. Yet Martin, Varadkar and Ryan all say they were not told of any other candidates while the attorney’s office refuses to answer any questions on the matter. What the public is being asked to believe is that in the 18 days between her appointment and the July 15th Cabinet meeting, McEntee alone and without discussion with political colleagues weighed up dozens of candidates for one of the most powerful positions in the State, presumably analysing CVs and court judgments and considering any gaps in specialist legal knowledge on the court, before settling on the name of the former attorney general.

The controversy over his appointment as a judge is not really about Woulfe at all. It is about the State’s shambolic system for selecting judges. And it is about the credibility of a Government that either does not take its responsibilities in this area seriously or is not levelling with the public.