Political decisions will shape next generation of public and private housing 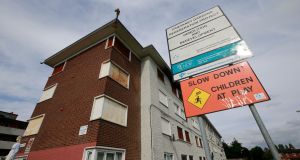 O’Devaney Gardens: In most cities, as the largest landowner, the local authority is the main developer of housing. Photograph: Nick Bradshaw

For the second time in 12 months Dublin city councillors have fallen out with management on how to deliver housing. The first time it was over the sale of O’Devaney Gardens, a prime site close to the Phoenix Park in the heart of Dublin. The most recent spat involves the development of 853 homes on a site at Oscar Traynor Road , on the northside of Dublin. Both deals involved selling council land to a property developer with an agreement to buy a portion of the houses that would be built on the site.

The O’Devaney land transfer deal was only agreed when the then minister for housing threatened to withdraw funding from the council. This time around, the majority of councillors have been bolder, and voted down the land transfer, effectively scuppering this deal in favour of retaining control of the site and the project.

The Oscar Traynor Road deal involved selling the site for €14 million, a deep discount on the €44* million valuation put on the land by the council. The council had agreed to buy 50 per cent of the houses built on the site (split 20 per cent social and 30 per cent subsidised housing) at a price linked to market prices when they were completed*. The discount on the site was in theory to reflect the developer carrying the risk that house prices might fall. This risk is tempered by the State being a guaranteed buyer for the homes.

Council managers insist that these type of deals are good value and deploy several questionable arguments to support their stance. Dublin is the most well-resourced and skilled Irish local authority. Somewhat bizarrely, the council’s head of housing claims it does not have development expertise even though they are delivering housing on many other sites.

Local authorities have a strong track record in this regard. Once land and finance are available, it is only a matter of designing schemes, either in-house or externally, and contracting builders to build them.

In most cities, as the largest landowner, the local authority is the main developer of housing. There is a natural fit between its need to accommodate people, its access to land, its structures for long-term planning, and its in-house teams of architects, surveyors, planners and so forth.

From Herbert Simms’s flats, to the gull-wing blocks of the 1950s, to the more recent redevelopment of the Dolphin’s Barn complex and St Michael’s estate, there is no shortage of evidence of their capability to develop housing.

The second argument offered by the council is one of cost. It claims it is better value to sell land cheaply and then buy it back with housing on it. In the case of O’Devaney Gardens, this will be at an average cost of €360,000 per home.

The Irish Government Economic and Evaluation Service recently published a study which found that, in 2019, it cost six local authorities (including Dublin) an average of €230,000 to build a three-bed house. Some 80 per cent of the cost was hard construction, including VAT and fees.

This picture is confirmed by Department of Housing figures for the three other Dublin local authorities. They show the average construction costs, including VAT, of a three-bedroom house are €159,000 and for a two-bedroom apartment €167,000. Dublin City Council, however, reports higher costs at €272,600 for a three-bed house, and €287,100 for a two-bed apartment, perhaps partly due to tighter and more awkward inner-city sites. The site at Oscar Traynor Road is, however, greenfield and relatively uncomplicated.

The third argument was that of delay. It was claimed that if the councillors voted down the Oscar Traynor Road this would lead to a delay of five years, which increased to eight years when it looked like the vote might be lost. The council was unable to coherently explain this delay.

The reality is that, if local and central government were minded to, they could expedite the process and be on-site in 2021, as the only regulated timeframe is the planning public consultation (known as Part 8) and the minimum public procurement time, which could run in parallel over a few months.

Private sector involvement is no guarantee a project will be expedited. Some 12 months after the O’Devaney Gardens deal was voted on, a planning application has still to be lodged. The developer who now has control of the site is proposing building some 229 more private homes on the site than was agreed. It is not clear if any of these will go to Dublin City Council.

The issue here is not just Dublin City Council’s refusal to build housing that people can afford on land that it owns in the most expensive city in which to live in the euro zone, it’s broader than that. The danger here is this model of delivering housing – with its bad deals, poor outcomes, and more delay – becomes a template for all public sites, especially those to be developed by the Land Development Agency. This is a State agency that will have first call on all public land and the freedom to dispose of it or enter into joint ventures with developers, at arms-length from government.

This month, the National Economic and Social Council , which reports to the Taoiseach’s office, again warned against this “land price trap” which is at the root of both the dysfunction in the housing system and unaffordable prices.

The story here is about more than two sites, because the same scenarios, arguments and political choices are playing out in other local authorities, as well as in the National Asset Management Agency and the Land Development Agency. These political decisions will shape the next generation of housing, both public and private. The idea of the State perpetuating a lack affordability at the same time as subsidising expensive housing and supporting tens of thousands of households in the rental sector is no way to do business.

Orla Hegarty is an architect and assistant professor at the school of architecture, planning and environmental policy in University College Dublin. Lorcan Sirr is a senior lecturer in housing at the Technological University Dublin