Outrage diminishes the sacrifices and efforts that many others have made 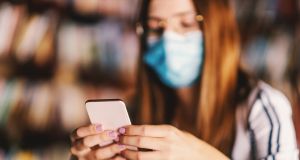 The well-being effect of the pandemic is largest amongst those aged 18-34. Photograph: iStock

The frustration voiced by deputy chief medical officer Ronan Glynn over widely-shared video footage of young people congregating and drinking alcohol in the streets of central Dublin is understandable. The public outrage that such events provoke is familiar and follows similar scenes when students returned to college in Galway and elsewhere.

Those leading the response to the Covid-19 pandemic, have worked tirelessly since February, making life or death decisions on a daily basis. They are unlikely to win any popularity contests with their recommendations, such as reducing social gatherings and limiting travel to visit family at Christmas.

The hard work of the Irish people and experts like Dr Glynn has been rewarded in the last few weeks. We are in the enviable position of being among the leaders in European league tables in our successful response to the second wave of the pandemic. To see this frittered away by seemingly frivolous activities such as drinking a pint in the street is heart-breaking and demoralising.

Talking to young people in and out of mental health settings makes one thing clear. There is an enormous sense of loss

However, viewing young people as “Covid delinquents” and accusing them of selfishness, even if referring only to a minority, is unhelpful and potentially harmful. It also diminishes the challenges faced by young people since the outset of the pandemic and the sacrifices they have made.

A wide combination of survey and other data suggest that the vast majority of young people are complying with restrictions. The weekly Amárach tracker survey commissioned by the Department of Health has consistently shown that while people aged under 35 are slightly less likely than other age groups to follow public health restrictions, they still report high levels of adherence.

A number of recent reports have documented the negative effects of the pandemic on young people’s health and wellbeing. Research conducted by the Economic and Social Research Institute suggests that young people have been “disproportionately affected” by Covid-19 related job losses.

Data from the Central Statistics Office indicate that young people (aged 18-34) show the largest decline in life satisfaction of any age group from pre to during the pandemic. This group also reports the largest increase in feeling downhearted, lonely, depressed and nervous. Data compiled from multiple studies by Public Health England confirm that the well-being effect of the pandemic is largest amongst those aged 18-34.

Talking to young people in and out of mental health settings makes one thing clear. There is an enormous sense of loss. Lost certainties and lost opportunities to socialise, sure. But also missed rites of passage, especially for school leavers. Some would argue that this is no different to other generations – for instance, those not able to attend a wedding or visit a new grandchild.

But neuroscientists and mental health professionals are concerned that the long-term effects of these losses will be much larger for those aged 15-25.

Firstly, this group represents the age at onset for a majority (75 per cent) of mental health problems. Secondly, this period of “emerging adulthood” is critical for social interaction in terms of brain development and social development. Unlike those in their 30s and 40s who have social networks and identities they can rely on, this is the age when people start to build a sense of who they are socially.

Interrupting this process affects both social identity, and the development of the brain networks underpinning it. Thirdly, this is a group who – based on recent large Irish surveys such as the myworld.ie survey – were clearly already struggling with mental health difficulties such as anxiety and low mood before the pandemic.

There is a substantial literature about how social stress, especially during development, contributes to risk for mental ill-health. This includes, for example, studies of the real-time effects of social exclusion on brain activity, even when this is presented as a game. And longitudinal studies of the long-term consequences of social stressors, including the cognitive effects of being slapped as a child, or being a witness to domestic violence. But how can we predict the long-term effects of social isolation?

Developmental animal studies provide important clues. Several studies have shown that when animals are housed separately during adolescence – so that they can hear, see and smell each other but not interact physically – there are lifelong behavioural consequences in terms of increased anxiety and reduced sociability. The same long-lasting effects are not observed if the physical isolation occurs at a later stage in development.

These studies provide important information about the potential impact of Covid-19 restrictions on young people. They suggest that young people have a developmental need to interact, and that when this is not possible, longer-term developmental consequences may result.

It suggests that unlike older adults, young adults, whose “social brains” and social repertoire are still developing, may be disproportionately affected. The public health consequences of a generation of young people missing out on normal social experiences may be felt at the level of mental health; not just now, but in the longer term.

In research commissioned by the Department of Health, young people have been asked for their views to inform the national response to Covid-19. Young people need to be directly engaged not just because their safer behaviours save lives, but because young people are socially and psychologically vulnerable and need society’s support.

They tell us they want clear, consistent messages about what they can do, not just what they can’t do. They want opportunities to co-create solutions. They want peer-led responses, which allow them to take their part in planning for the future. They want their efforts and sacrifices to be acknowledged. They want to be visible not as Covid delinquents, but as a generation of young people who are rising to the challenges posed by Covid-19.