Without preventative measures, the problem of non-consensual sharing of images will persist 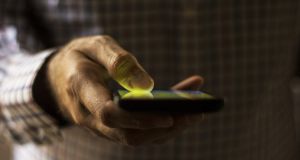 Sexual image-based abuse will likely persist in Ireland even when it is outlawed.

When the news broke last week that thousands of intimate images of women had been shared online without consent, I felt angry. I imagined what those women were feeling. Fearful for their safety. Defiled, because their private images had been exposed non-consensually to hundreds of users online. But I was not surprised. Unfortunately, I’ve heard stories like this one countless times.

I remember when a fellow pupil’s intimate photos were leaked at school. Boys giggled at the back of the classroom as they texted each other the photograph of a girl. This kind of image travelled fast, and, by break time, it was the only thing being talked about in the canteen. Incidents like these were not isolated. Similar events, I imagine, happened at other schools.

Many of the images that Victims Alliance said last week were shared without consent were initially posted consensually to subscription services such as OnlyFans. Content creators can share their photos to subscribers for a fee.

However, it appears the content was shared by non-subscribing online users. It is reported that 500 users on one online forum, Discord, shared the images and they have since been banned from using the platform. In addition, according to Victims Alliance, some of the shared photographs had been taken without the women in question being aware they being photographed. Other victims, they said, may be underage girls.

The revelations have prompted Minister for Justice Helen McEntee to act. It’s about time. Since 2017, a Labour bill that would outlaw sexual image-based abuse has been languishing in the Oireachtas.

Yesterday the Cabinet gave McEntee the go-ahead to bring forward legislation, based on this bill, that would make the publication of intimate images without consent, and with intent to cause harm, an offence. It will carrying a maximum penalty of an unlimited fine and/or seven years in jail. If there is no intention to cause harm, the penalty will be a €5,000 fine and/or a 12-month jail sentence.

This is a relief for women across Ireland. But, while the proposed legislation is a step in the right direction, it is not enough, It must also be supported by preventative measures.

In the United Kingdom, where sexual image-based abuse legislation is already in place, the prosecution rate is disproportionately lower than the number of people who report this kind of abuse to the police.

In fact, one in three such cases in England and Wales are dropped by victims, 70 per cent of whom are women. So, despite legislation being in place, the law in the UK hasn’t managed to eradicate sexual image-based abuse from online spaces. I doubt that Irish legislation will either.

There are various potential reasons for this. Many women have claimed that they felt a lack of support and sympathy from UK police, or that their concerns were not taken seriously. Having the courage reach out for help as a victim of sexual image-based abuse can be daunting, and to be potentially ridiculed at the first hurdle can prevent women from seeking legal support in the first place, never mind dropping their case at a later date.

Even more concerning is that the legislation in the UK itself may be ineffective due to its potentially convoluted nature. Victims are required to provide evidence that their abuser had a “direct intention to cause distress,” and simply having your images being non-consensually published is not prosecutable.

Even so, the legislative approach may result in many sexual image-based abuses going un-prosecuted. For example, even if such abuses are found to be illegal, finding who uploaded the photographs will be challenging.

As the Garda have indicated in the context of the images shared on the Discord platform, the non-consensual distribution of content from online subscription platforms such as OnlyFans may only be prosecuted under copyright law, and not as a sexual offence.

Sexual image-based abuse will likely persist in Ireland even when it is outlawed and this will be an injustice to the thousands of victims traumatised by it every year. We must do more.

Schools, as I mentioned earlier, are often where an awareness of this kind of abuse can materialise. So, why not start there with preventative measures ?

Implementing meaningful education that aims to raise awareness of the harms of image based-sexual abuse will prevent its manifestation.

We must remember that the fight for victims of alleged sexual image-based abuse doesn’t end with legislation. We must give victims justice by taking preventative measures in education before the crime is able to manifest in darker, online spaces.