Brexit reveals how hollow notion of British nation is

November 16th, 2018: The prospect of a Brexit deal has been greeted with fear and scepticism in Northern Irish unionist heartlands. Video: Reuters 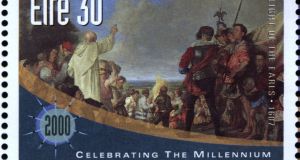 It was in Ulster, where the flight of the Gaelic earls opened the way for the plantation of Scottish and English Protestant settlers, that a British identity took shape. After all, the Ulster Plantation was the first real British policy because it involved both the Scots and the English working together.

From an Irish perspective, one of the least commented upon but interesting results of the UK’s negotiations over Brexit is the way it has finally exposed the growing emptiness in an idea, first constructed in its more modern form with the beginnings of the Ulster Plantation in 1608, that there is in fact a British nation.

There is a deep sense of irony in that it is England’s own decision to now leave the European Union, and recover a supposedly independent global presence, that has finally exposed how little may now be left of Britishness in the 21st century.

The term British was first used by James I and VI, when, as King of Scotland, he ascended the thrones of England and Ireland in 1603. But such an identity did not find the sort of dominant cultural presence we might expect in either Scotland or England. They remained separate kingdoms until the Act of Union of 1707.

Being "British" co-opted Scotland into England’s long-running involvement with Ireland, which was now justified under the labels of British “civility” and Protestantism, as opposed to something particularly English

Instead, it was in Ulster, where the flight of the Gaelic earls opened the way for the plantation of Scottish and English Protestant settlers, that a British identity took shape. After all, the Ulster Plantation was the first real British policy because it involved both the Scots and the English working together.

In fact, Ulster established the framework which has continued to define British identity in that Britishness had meaning, not within the geographical confines of the actual island of Britain, but in Ulster which sat outside its boundaries.

Being “British” co-opted Scotland into England’s long-running involvement with Ireland, which was now justified under the labels of British “civility” and Protestantism, as opposed to something particularly English.

Furthermore, the 1707 Act of Union of England and Scotland was induced by the failure of a sole Scottish-sponsored act of imperial expansion. The collapse of the Scottish Darien scheme, which had sought to establish a colony on the isthmus of Panama and thus provide the basis for a Scottish trading empire, bankrupted Scotland. Political union and an idea of Britishness resolved these problems, because it gave the Scots a path for involvement in British not English imperial expansion.

Even the dissatisfaction with 1801 Act of Union between Great Britain and Ireland dissipated within many Irish middle-class Catholic families when progress towards full emancipation began in 1829.

Many middle-class Catholics, who were educated at the new Queen’s Colleges of Cork and Galway, sought their fortunes and prosperity by taking the opportunities to trade, serve in the army or practise medicine within British colonies overseas. As Hiram Morgan from University College Cork has aptly demonstrated, figures like Cork’s Sir John Pope Hennessey, who, though an Irish Catholic, served as governor of Hong Kong at the end of the 19th century, encapsulate how British the Irish were outside Ireland.

I suppose the point of such a history or genealogy of Britishness is to illustrate how being “British” functioned as an imperial identity which found its definition outside the geographical boundaries of Britain and Ireland. It expressed the collective interests (often exploitative) of the different peoples of what was then the United Kingdom of Great Britain and Ireland.

The decline of empire, along with the clearer and sometimes aggressive articulation of national identities in Ireland, and now Scotland and England, seems to be, in part, a symptom of the decline in a British global presence.

Crucially, it was only ever in the midst of such a global presence that being British had any real meaning, as it had first been awkwardly cast in Ulster.

The question which emerges is whether Brexit is part of the unravelling of this identity, where English, Scottish and (Northern) Irish interests now seem so out of step with one another in the pursuit of Brexit, a quintessentially British policy.

As we have seen, such a policy is difficult and messy, something we might have hoped the DUP would have realised. After all, they are the ones who claim to be both British and Irish.

1 Ireland among countries urged to consider reinstating Covid-19 restrictions
2 ‘I’ve been sleeping with my girlfriend’s sister. I need help. What do I do?’
3 Covid-19 in Ireland: Colour-coded response set to replace phases
4 Joe Biden names Kamala Harris as running mate for US election
5 Let us pursue the coronavirus - not just watch its R number wax and wane
Real news has value SUBSCRIBE