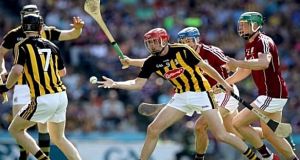 Without doubt hurling satisfies the requirement for a cultural practice to be, “traditional, contemporary and living at the same time”, but whether it is “fragile in the face of increasing globalisation” is open to question.

The decision by Unesco to grant “Intangible Cultural Heritage” status to camogie and hurling – or as the ICH website terms it in an unexpected grasp of the vernacular, ‘The Hurling’ – has drawn mixed reactions. There is obvious significance to the global recognition involved but a cursory glance at the other listed activities inevitably triggers a certain amusement.

Local cultural events and practices don’t always translate into global audiences although reggae music from Jamaica, recognised in the same intake as the Irish sports, has long had international status. Other pursuits are more arcane and if national characteristics are detectable in some – practical, ‘The Idea and Practice of Pooling Collective Interests in Co-operatives’ (Germany); security-conscious, ‘Control of Avalanche Risks’ (Switzerland and Austria) – others are harder to categorise and, for all we know, may be satirical: ‘Processions of Colossal Structures Carried on Piggyback’ (Italy).

Any fair-minded assessment would have to accept that the activities listed are earnestly included because of the places they command in diverse cultures. But there may be a view that hurling, as a mass-spectator sport which captures national attention during its high season, is a bit mainstream for this type of recognition.

Without doubt the game satisfies the requirement for a cultural practice to be, “traditional, contemporary and living at the same time”, but whether it is “fragile in the face of increasing globalisation” is open to question. Yet it could be argued that hurling and camogie are more recognisable in such a context when looked at north of the line between Galway and Dublin where only the Antrim teams have won senior All-Ireland titles. It is a frequent criticism of the GAA that ‘the hurling’ has effectively not outgrown its traditional power bases in more than 130 years.

Still it would be curmudgeonly not to recognise that the association worked hard to secure this Unesco listing and there is no doubt the games are worthy of global recognition, albeit in what may be considered rather unusual company.