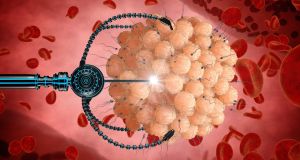 Assisted human reproduction (AHR) is notoriously fraught, emotionally, physically and ethically. The desire to have children is deeply rooted in human beings. People will endure significant stress, suffering and expense to achieve that goal.

AHR is also riven with scandals, whether it be the Dutch fertility doctor, Jan Karbaat, who used his own sperm to father at least 49 children, or the Asian American mother who thought she was carrying two of her own daughters but who instead gave birth to two boys who were not even genetically related to each other, much less to her. She had to relinquish the two boys to their biological parents. She has no idea what happened to her own embryos.

Ireland has a notable lack of legislation of AHR. The Child and Family Relationships Act which was rushed through in 2015 has some AHR provisions but these have not yet been enacted. They include the creation of a National Donor-Conceived Person Register, and a right for people conceived through third-party eggs or sperm to minimal information about their biological parents once the child turns 18.

The Joint Committee on Health recently produced a report on its pre-legislative scrutiny of the general scheme of the proposed AHR Bill. Disturbingly, a number of the recommendations in the report are deeply regressive.

For example, the current general scheme of the Bill bans so-called traditional surrogacy. However, the Joint Committee on Health report contains a troubling proposal to revisit that decision in Ireland, so long as it is not for commercial purposes.

Traditional surrogacy means that the surrogate mother uses her own eggs, and the process usually involves insemination with the biological father’s – or commercially obtained sperm – rather than IVF. So a woman conceives her own biological child with the intention of giving it away.

The suggestion to revisit the ban on traditional surrogacy is extraordinary, especially since Ireland is already an outlier by allowing any form of surrogacy.  Austria, France, Italy, Germany, Norway, Denmark, Finland, Switzerland and Sweden are only some of the countries with a complete ban. Swedish feminist Kajsa Ekis Ekman’s offer to appear before the committee did not even receive a response. (Ekman’s bookon surrogacy, Being and Being Bought, was one factor which influenced a complete surrogacy ban by Sweden’s “first feminist government” in 2016.)

In the Netherlands, Belgium and the Czech Republic, surrogacy arrangements are “void and unenforceable”, that is, they have no legal force. It is legal in both the Ukraine and Russia and the resulting exploitation of women is well-documented.

Women are motivated by the most compassionate of reasons to become so-called traditional surrogates, perhaps for family members. But given that the potential of identity confusion for the child is enormous, as is the potential for exploitation of kind-hearted people, revisiting the decision to ban it is disastrous.

Dr John Waterstone, a fertility clinic owner who represented the Irish Fertility Society at the committee hearings, described a case where a woman’s 21-year-old niece acted as an egg donor for her aunt. In retrospect, he saw this as “ethically slightly questionable in that she was too young.”

If traditional surrogacy becomes legal, there would be nothing to prevent a 21-year-old niece carrying her own baby for her aunt, leading her to be both biological mother and first cousin to the child. The potential for familial chaos is enormous.

Donor-conceived people are constantly being told that they are lucky to be alive and should just stop complaining.

Of 18 witnesses called before the Oireachtas Committee, only one was donor-conceived, Dr Joanna Rose. There was a notably more challenging tone adopted towards her and psychologist Emma O’Friel who accompanied her, in comparison to the deference shown to fertility clinic practitioners and academics.

Very few want to hear about the lifelong search for part of themselves by many donor-conceived adults or children.The pain of adults who cannot have their own genetic children is heard. The pain of those denied a real connection with their genetic parents is not.

Donor-conceived writer, Anne Crossey, now living in Ireland, talks about being “severed from biological heritage and biological process at the most fundamental level of your existence”.

Dr Michael Harty, chair of the Joint Committee, appeared to brush aside concerns about unhappiness in donor-conceived children on the grounds that “there are so many other social reasons for being unhappy in Ireland that it is probably not a priority issue”.

Once again, the Government seems set to oversee the marginalisation of the most vulnerable, adding to its litany of failures in relation to poverty, homelessness and the mental health of children.