Breda O'Brien: The pain of the Leaving Cert should be spread out over two years

As a teacher, I have always known how tough the exams are. Reform is overdue 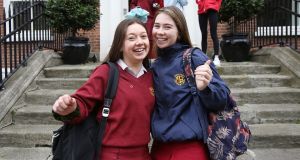 From a sample size of three, I have decided that the Leaving Cert is by far the most punishing way of getting into university. Our children were mostly home-educated and – so far – have all taken different routes to third level: A-levels, QQI-FET courses and, this June, the Leaving Cert.

As a teacher, I have always known that the Leaving Cert is really tough. But viewing it from the perspective of the unfortunate student sitting seven subjects and the household trying to support that student was a worrying confirmation.

For example, I had always stated that it was impossible to get a really high mark in English by learning off answers. The questions demanded deep thought. Having a frustrated young person explain that there was absolutely no time for thought in the two English exams (which together are six hours and 10 minutes long) undermined that particular theory. To add to the sting, my home-grown student informed me that lots of people had said online that they had not attempted one of the questions that she chose, because they did not understand the term “personal integrity”.

Having taught English for years, I already knew that young people’s vocabularies are now seriously limited, not least because of decreasing attention spans which mean that they rarely read books.

But what are we accomplishing by forcing young people to produce three long essays and one shorter one in three hours and 20 minutes if a significant number still do not understand the term ‘personal integrity’?

Aside from deadline-driven news journalism, adults draft and re-draft any significant piece of writing. In Leaving Certificate English you try to decode the question and then desperately scribble down a first draft and move on frantically.

And then there is the comparative question. Any Leaving Cert English reform should start by scrapping it. It is a completely artificial format. Students study three texts and compare them under different headings: general vision and viewpoint, literary genre, cultural context, or a theme or issue.

Three texts are studied from a prescribed list of about 35, which range from Emma Donoghue’s Room to George Orwell’s 1984, from such films as Alfred Hitchcock’s Rear Window to John Crowley’s Brooklyn, and from such plays as Sophocles’s Antigone to John B Keane’s Big Maggie. So in theory, students could end up trying to draw numerous meaningful comparisons about how the personal integrity of a character influenced the general outlook of 1984, Rear Window, and Big Maggie. All in about 55-65 minutes.

That is just English. There are at least six more subjects.

The enormous pressure takes an unacceptable toll on young people’s mental health. Ironically, the syllabi were much more demanding years ago, but the crucial difference lies in what constituted success. When I did my Leaving Cert., in the last century, people talked about how many honours you got, not points.

An honour could be gained by a 55 per cent mark on a higher level paper.

Now, young people are focused on CAO (third level entry) points. A mark of 55 per cent at higher level is an H5, or 56 points, while an H1 gets 100 points. Five or six H5s could still be a wonderful achievement for a particular individual, but he or she would probably be disappointed, whereas, years ago, five or six honours were considered a very good result.

It is bizarre that we subject young people to this level of stress given that they are much more protected than previous generations. We mind them, coddle them and rarely even ask them to do household tasks and then expect them to take part in the Battle of the Somme.

Our first child did A-levels when they were still modular – in other words, when examinations took place over two years in both January and summer. (Michael Gove, currently in the news for having snorted cocaine as a young journalist, “reformed” the A levels by imposing one terminal examination in summer of the second year instead of just tweaking the original, much less stressful system.)

The second child took the QQI-FET route, which involved gaining an alternative educational award. She had a fabulous, stimulating year doing what she loved and gained entry directly to her preferred course and college.

Both routes were so much better than the Leaving Cert. But we need to be careful. Coursework is far too open to abuse. As just one example, there are persistent rumours that already a minority of parents pay professionals to produce student assignments in Design and Communication Graphics. Maybe it is not just students who do not understand “personal integrity”.

My preference would be modular exams in January and summer over two years. Reform is long overdue.

1 Ireland could lose out as France lays claim to most of €5bn Brexit compensation fund
2 Miriam Lord: The Dáil's answer to John Wayne overcooks the ham slice, by slice, by slice
3 How I managed to cut my mobile phone bill by at least a half
4 The Crown’s Josh O’Connor: ‘I’m a republican. I’m not interested in the royal family’
5 Ranelagh’s brand new street with three-beds from €1.325m
Real news has value SUBSCRIBE