A 'capacity for joy'... How do you make a good priest?

True apostles of the Church must be compassionate, warm and joyful, not cold and authoritarian 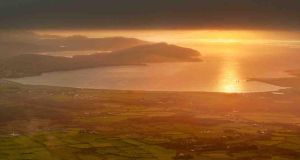 Pope Francis encourages a “joyful, humorous, and even self-deprecating spirit”. His deep conviction is that priesthood entails at once a passion for God and a passion for his people.

I remember attending an ordination ceremony in the 1990s and being rather taken aback by the opening words of the bishop’s homily. Addressing the newly ordained, he said: “Welcome to the most exclusive club in the world!”

Such sentiments present the priesthood as an elite caste and only reinforce the image of an all-male clerical church as being out of touch with reality.

What would Pope Francis make of this? He has a word for it: “clericalism”, and it is the opposite of how he envisions priesthood. A priest, for Francis, is a merciful shepherd, someone who has an authentic relationship with God, and is close to his people.

He has encouraged priests to be more merciful to separated and divorced Catholics and to welcome remarried couples and their children to the church.

If pastoral care is about rediscovering the virtue of mercy and if the priest is to see people “with the eyes of mercy”, then this mindset has to be fostered during priestly training.

New guidelines for the training of priests were issued by the Vatican in 2017. These stress the art of “pastoral discernment”: a wise listening to, and accompaniment of, people in their different and difficult life situations.

Today’s seminary is more likely to be at the centre of a vibrant university campus, where seminarians study alongside lay students

By cultivating a prudent and compassionate outlook, the pastor can become a “sign of mercy . . . without diminishing the demands of the Gospel”.

Priestly training has four key dimensions: human, spiritual, intellectual and pastoral, and these are all of a piece. An international conference on the theme of priestly training, hosted by St Patrick’s College,Maynooth, in 2017, highlighted the importance of the integration of these four dimensions.

By ordination, the priest needs to have reached a stage of affective maturity – comfortable with his choice of celibacy and able to relate easily with women and men. He can’t be a “lone ranger” but must be able to collaborate with those he serves. His personality will be a bridge – not an obstacle – leading people to God.

He should be fluent in the Catholic theological tradition so as to proclaim the Gospel in a credible way. He will be socially engaged and have acquired extensive pastoral experiences working alongside lay men and women.

Finally, none of this comes about without a spiritual dimension: communion with God nourished by personal and communal prayer.

Gone are the days when seminaries were exclusively male bastions cut off from the world. Today’s seminary is more likely to be at the centre of a vibrant university campus, where seminarians study alongside lay students, and where supervised pastoral placements in parishes, hospitals, schools and prisons are a regular feature of their training.

In a letter he sent to all priests last August, Pope Francis reaffirmed his commitment to such a culture of pastoral care to counter a culture of abuse – abuse of power, abuse of conscience and sexual abuse, the effects of which we are all too aware. It reflects his desire for a pastoral reform of the church – a church whose doors are open to everyone.

Cultivating this “climate of compassion” begins in the seminary. A seminarian who is legalistic, defensive or authoritarian has not internalised Francis’s vision and should not be unleashed on the people of God.

As Pope Francis puts it, “The faithful should not have to pay for the neurosis of the priests! Do not lambast the faithful; be close at heart to them.”

The pope believes that the clerical sex abuse scandals will ultimately lead to a cleansing of the church and the dismantling of the dysfunctional culture of clericalism.

In his August letter, Francis also thanks and encourages those priests “who have put [their] lives on the line for the Lord and his People” and “who recognise and share the pain and sufferings of the victim . . .and have tried to find words and actions capable of inspiring hope”.

Finally, priests “must never lose the capacity for joy”, says Francis. A true apostle transmits joy everywhere he or she goes. The pope rails against Christians “whose lives seem like Lent without Easter”, while he is afraid of rigid priests: “They bite you!”

Instead, Francis encourages a “joyful, humorous, and even self-deprecating spirit”. His deep conviction is that priesthood entails at once a passion for God and a passion for his people.

To achieve this vision, priestly training will need to jettison a clericalist model of church and promote in its place a model based on discipleship, service and mercy.

Rev Prof Declan Marmion is dean of the faculty of theology at St Patrick’s College, Maynooth