The Irish Times view on culture funding: the place of the artist

How is the Government honouring its commitment to spend more on the arts? 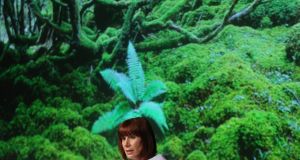 Minister for Culture Josepha Madigan boasted that the overall increase in her department’s budget “at a time of prudent budgetary management reflects the government’s commitment in supporting Irish arts and artists”, but artists might see it otherwise. Photograph: Nick Bradshaw

On the day that the new chairman of the Arts Council, Kevin Rafter, in an interview in this newspaper, expressed his hope of a 10 per cent funding rise, the increase announced in the budget was considerably less than that. The additional €5 million that brought the council’s total allocation to €80 million came with extra responsibilities that absorb most of the increase. This leaves the council – the “big beast” in arts infrastructure – not much better off than before budget day.

While Minister for Culture Josepha Madigan boasted that the overall increase in her department’s budget “at a time of prudent budgetary management” reflected a commitment to supporting Irish arts and artists, the artists might see it otherwise and regard the treatment of the council – the organisation upon which most of them depend – as a political conjuring trick.

More than €3 million of that €5 million was simply a funding transfer from the Department of Culture to cover the expansion of the council’s responsibilities. The remaining €1.25 million is a meagre amount to deal with the precarious reality of artists’ lives: that the majority “live in poverty”, as a Theatre Forum report made clear earlier this year.

In a situation of great uncertainty around a no-deal Brexit, fiscal prudence is of course both necessary and warranted. Nonetheless, in establishing priorities, what does come into question is how the Government is honouring its commitment to spend more on the arts. The Taoiseach promised a doubling of funds by 2024.

Next year will see a 10 per cent increase in capital expenditure and that, along with packaging and promotion of the arts as part of our national identity, continues a trend that focuses more on the enhancement of infrastructure than on investment in the l creativity that provides the real enhancement of the brick-and-mortar facilities.

Although cultural infrastructure must be maintained, it is well to remember that it is artists, not buildings, that produce the work that does so much to enrich our national life.

1 Simple restorative exercises that can improve your posture after all the sitting
2 Gardaí disperse crowds gathered at coastal beauty spots
3 Normal People Class of 2020: The nine college friends in the series
4 Populist politics in all but name is alive and well in Ireland
5 US cities become battle zones as anger at racial inequality erupts
Real news has value SUBSCRIBE