China says US must stop the ‘suppression’ of companies like Huawei 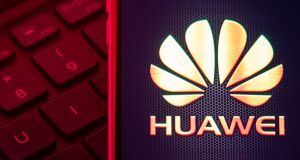 China’s foreign ministry has said the US needs to stop the ‘unreasonable suppression’ of Chinese companies like Huawei. File photograph: Dominic Lipinski/PA Wire

China’s foreign ministry said on Saturday the US needed to stop the “unreasonable suppression” of Chinese companies like Huawei.

The Trump administration on Friday moved to block global chip supplies to telecoms equipment giant Huawei Technologies, which it previously blacklisted. Friday’s move spurred fears of Chinese retaliation and of an effect on shares of US producers of chipmaking equipment.

China will firmly defend its companies’ legal rights, the Chinese foreign ministry said in a statement in response to Reuters’ questions on whether Beijing would take retaliatory measures against the US.

US commerce secretary Wilbur Ross said the move on Friday aimed to prevent Huawei from circumventing existing US sanctions. “There has been a very highly technical loophole through which Huawei has been able to in effect use US technology,” Mr Ross told Fox Business. “We never intended that loophole to be there.”

Under the new rules, foreign semiconductor-makers must obtain a licence from US officials in order to ship Huawei-designed semiconductors to the Chinese company that were produced using US technology.

Adam Segal, a senior fellow at the Council on Foreign Relations, said the move “looks like a victory for the people who really want to drive the nail, or what they think will be the nail, in Huawei’s coffin”.

The new restrictions had already elicited an angry response from China, which threatened retaliation against US companies.

China’s official Global Times newspaper threatened countermeasures on Friday. In an editorial, the paper said these measures could include restrictions on US companies including Qualcomm, Cisco and Apple. It also threatened to suspend purchases of Boeing aircraft. – Reuters/PA