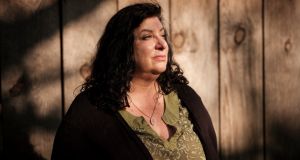 Tara Reade, who worked for Joe Biden as an aide in his Senate office in the early 1990s. Photograph: Max Whittaker/New York Times

US presidential candidate Joe Biden will publicly address an allegation of sexual assault for the first time in an appearance on morning television Friday, after weeks of silence on the issue that had prompted frustration from Democrats and attacks from Republicans seeking to weaken him for a general election contest against US President Donald Trump.

Biden will discuss the allegation on Morning Joe on MSNBC, according to a Twitter post from the network. The decision followed intensive discussions in the Biden campaign about how to more forcefully confront the allegation.

The planned appearance came as scrutiny of the allegation intensified on Thursday, with the Democratic Party’s highest-ranking officeholder expressing support for Mr Biden’s presidential bid while Republicans used the accusation to attack congressional Democrats as hypocritical.

During her weekly news conference, House Speaker Nancy Pelosi sought to calm anxious Democrats, calling Mr Biden a person of “great integrity” and saying that there were no records or additional witnesses corroborating the account from Tara Reade, a former aide who worked in Biden’s Senate office in the early 1990s.

Ms Reade, who now lives in North Carolina, worked for Mr Biden while he was a senator representing Delaware in Congress.

She was one of a number of women last year who accused Mr Biden of touching or hugging them inappropriately when he first announced his presidential run.

She subsequently alleged that he had assaulted her in a specific incident in 1993. She alleges that her former boss forced her against the wall and put his hands under her skirt and shirt and sexually assaulted her.

Mr Biden’s campaign has consistently said that the alleged incident “absolutely did not happen”. None of the staff members working in his office at this time have confirmed Ms Reade’s allegations.

The issue has resurfaced because three people have now said that Ms Reade told them about the allegations – her brother, a former next-door neighbour, and a former colleague.

Ms Reade filed a criminal complaint with Washington DC police in early April, though the complaint did not mention Mr Biden by name.

Right-wing media outlets, including Fox News, have been highlighting the story in recent days.

He also boasted about grabbing women by the genitalia in a recording that was released just before Americans went to the polls in November 2016.

Meanwhile, Mr Biden has formed a committee to help select his vice-presidential running mate. The team includes former senator Chris Dodd and the mayor of Los Angeles, Eric Garcetti. With the Democratic National Convention now postponed until August, a decision may not be made until July.

Mr Biden committed in March to appointing a female running mate, with speculation that he could appoint a woman of colour. Among the names in the running are three senators and former rivals for the Democratic nomination – Kamala Harris of California, Minnesota senator Amy Klobuchar and Elizabeth Warren of Massachusetts.

Other possibilities are Stacey Abrams, a former member of the Georgia House of Representatives who narrowly lost Georgia’s gubernatorial race in 2018, and Gretchen Whitmer, the current governor of Michigan who has risen to national prominence in recent weeks over her handling of the coronavirus issue.

The documents contain a handwritten note by an FBI agent which states: “What’s our goal? Truth/Admission or to get him to lie, so we can prosecute him or get him fired?” Mr Flynn’s attorneys argue that the record shows evidence of prosecutorial misconduct.

Mr Trump tweeted: “What happened to General Michael Flynn, a war hero, should never be allowed to happen to a citizen of the United States again!”