‘All clear’ given after bomb threat reported at Florida air base

The Patrick Air Force Base area had been evacuated following threat 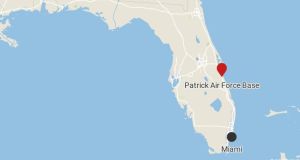 An “all clear” signal was given at Patrick Air Force Base in Florida on Friday an hour after a bomb threat forced authorities to evacuate the area, the base said in a tweet.

“There is no credible threat to the area at this time,” the air force base said.

A bomb threat has been reported for Patrick Air Force Base, Fla. The immediate area was evacuated for safety. Security Forces, EOD and the Fire Department are currently on scene investigating.

We will provide more information as it become available.

The threat came hours after four people were killed and eight injured in a shooting at the Naval Air Station Pensacola. A member of the Saudi Air Force visiting the US for military training was the suspected shooter. – Reuters