A wall of evasions and denials: Ghislaine Maxwell’s deposition revealed 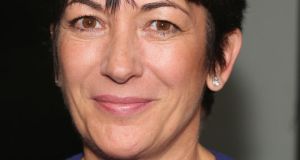 For years, Ghislaine Maxwell has been a central but silent figure in the scandal involving Jeffrey Epstein’s history of abusing teenage girls. On Thursday, however, Ms Maxwell offered her fullest response yet to the swirl of claims surrounding Epstein as a four-year-old deposition was released.

In it, she put up a wall of evasions and denials. Over and over again in the 465-page document, Ms Maxwell, 58, rejects accusations of wrongdoing. She denies that she had recruited minors to give Epstein sexual massages. She denies that she knew he was abusing girls and young women. She denies having engaged in sexual acts herself with underage people.

“I can’t think of anything I have done that is illegal,” she said. At one point, Ms Maxwell was asked more than a dozen times if she believed that Epstein had abused any minors – and each time she failed to answer. At another point, she parried inquiries about a laundry basket of sex toys, telling the lawyer asking questions, “I need you to define a sex toy.”

Eventually, Ms Maxwell became so frustrated that she suddenly erupted into a “physical outburst” and knocked the court reporter’s computer off the conference room table, according to a separate document released with her deposition. She later apologised for her behaviour, the deposition said.

As Epstein’s former romantic partner, Ms Maxwell became the focus of a federal investigation into his sex-trafficking network after his suicide in jail last year at age 66. Federal prosecutors in Manhattan have charged her with conspiring with Epstein, a financier, in his abuse of minors. As his closest associate, she is believed to have extensive information about him and others who might have been involved.

But her deposition left unanswered the question of whom that might be: Nearly all of the names contained within it – except her own and Epstein’s – were redacted. Maxwell’s lawyers did not respond to a request for comment. While the deposition is rife with denials about various forms of sexual activity, Ms Maxwell does explain that she performed several jobs for Epstein at his properties in New York and Florida. She said she was in charge of hiring his pool attendants, gardeners, chefs, butlers, housekeepers and chauffeurs. All of them, she added, were “age appropriate adult people.”

The deposition also provided a glimpse into how Epstein financially supported Ms Maxwell over the years. She said he lent her money to buy a townhouse and bought a car for her – though she acknowledged that she could not recall the make or model. She also said Epstein donated $50,000 to TerraMar, an ocean conservation charity she founded.

Ms Maxwell further noted that Epstein liked to have at least one massage a day and that more than one masseuse would be on call to perform them. But she refused to answer questions about whether the word “massage” was a code word for sex, saying only that the massages involved private adult sexual relationships, according to the separate document released with her deposition.

Ms Maxwell, the daughter of a publishing magnate and a one-time fixture on New York’s social scene, had fought for months to bar the release of the deposition, as well as a second one – both of which emerged from a 2015 civil case brought by Virginia Giuffre, one of her and Epstein’s accusers.

Though Maxwell had argued that the documents contained sensitive personal information, a federal appeals court in Manhattan upheld Monday a lower court’s decision that one of them could be made public. After a flurry of motions by her lawyers, the deposition was released Thursday morning.

Ms Giuffre has accused Ms Maxwell in a defamation lawsuit of recruiting her as a teenager to become a victim in Epstein’s sex-trafficking scheme. She claims that at age 17 she met Ms Maxwell at Mar-a-Lago, US president Donald Trump’s private club in Palm Beach, Florida, where Epstein also kept a home.

Trump’s name does not appear in Maxwell’s deposition, and Ms Giuffre, in her own sworn testimony, has not accused Trump of any wrongdoing.

Ms Giuffre has accused Ms Maxwell and Epstein of directing her to have sex with several prominent men, including Prince Andrew of Britain and lawyer Alan Dershowitz, both of whom have strongly denied the allegations. Because of heavy redactions in Ms Maxwell’s deposition, it was unclear whether she was asked about these accusations.

On one point, Ms Maxwell was adamant. She said former US president Bill Clinton had never visited Epstein’s private island in the Caribbean, as Ms Giuffre had contended. In a statement issued Thursday, Ms Giuffre’s lawyers, David Boies and Sigrid McCawley, hailed the release of the deposition, calling it “a small part of the total evidence.” “As the evidence comes out,” the lawyers said, “it will be clear why Ms Maxwell and others who enabled Jeffrey Epstein are fighting so hard to keep it concealed.”

When Ms Maxwell was arrested, prosecutors said that from 1994 to 1997 she contributed to Epstein’s abuse of multiple teenage girls – one as young as 14 – and in some cases participated in the abuse. She also was charged with lying under oath in her depositions, which were taken in 2016. She has pleaded not guilty to the charges.

Her arrest came almost exactly one year after Epstein was taken into custody and charged in New York with sexually exploiting and abusing dozens of girls and young women at his mansion in Manhattan, his estate in Palm Beach and other locations. He was found hanged in his jail cell in Manhattan in August 2019 while his criminal case was being prosecuted. A city medical examiner ruled the death a suicide.

Ms Maxwell’s long association with Epstein has led to both criminal charges and a lawsuit being filed against her, but at the time of her deposition, she acknowledged that she was loyal to him. “Why did you continue to maintain contact with Jeffrey Epstein after he pled guilty?” Ms McCawley asked her. “I believe that you need to be a good friend in people’s hour of need,” Ms Maxwell said, “and I felt that it was a very thoughtful, nice thing for me to do to help in very limited fashion.” – New York Times