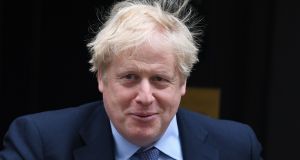 Britain has threatened to abandon talks with the European Union and prepare for trade with no deal from the end of the year if there is insufficient progress towards reaching agreement by the end of June.

Its negotiating mandate for the talks, which start next week, envisages a bare-bones free trade agreement with no alignment of standards or regulations.

The 30-page document rejects the EU’s demand for a level playing field based on current shared rules on state aid, competition policy, taxation, employment and environmental rights. It also rejects the EU’s call for an overarching agreement to cover trade, security, foreign policy and other issues. Instead, it proposes separate agreements, with the EU’s trade deal with Canada as the starting point for a future economic relationship.

“It is a vision of a relationship based on friendly co-operation between sovereign equals, with both parties respecting one another’s legal autonomy and right to manage their own resources as they see fit. Whatever happens, the government will not negotiate any arrangement in which the UK does not have control of its own laws and political life. That means that we will not agree to any obligation for our laws to be aligned with the EU’s or for the EU’s institutions, including the Court of Justice, to have any jurisdiction in the UK,” it says.

Here’s govt’s opening formal bid on trade deal - explicit that PM might walk away in June if there isn’t enough progress https://t.co/iZwEacfUVv

Chancellor of the Duchy of Lancaster Michael Gove told MPs that Britain was seeking a trade agreement similar to those the EU has negotiated with countries such as Canada and South Korea. He said it should not be difficult to reach agreement on such a deal.

“We are, after all, only seeking relationships with the EU that it has with other nations – relationships that respect the interests and the sovereignty of both partners. It is in that light that we should view discussions about what has been termed the ‘level playing field’. It has been argued that EU demands in this area will make full agreement difficult, yet there is no intrinsic reason why requirements that both parties uphold desirable standards should prejudice any deal,” he said.

Mr Gove said the negotiations would be undertaken “without prejudice and with full respect to the Northern Ireland protocol” that was agreed as part of the legally binding withdrawal agreement last year.

The two sides have agreed to seek a deal by the end of this year and Britain has ruled out seeking an extension to the transition period that ends on December 31st. To secure such an extension, Britain would have to request it in advance of a planned high-level meeting with the EU in June.

“The government would hope that by that point, the broad outline of an agreement would be clear and be capable of being rapidly finalised by September. If that does not seem to be the case at the June meeting, the government will need to decide whether the UK’s attention should move away from negotiations and focus solely on continuing domestic preparations to exit the transition period in an orderly fashion,” the negotiating mandate says.

Although Britain rejects the EU’s call for binding level playing field commitments based on EU standards, the document calls for “reciprocal commitments” not to lower employment and environmental standards to encourage trade and investment. It also opens the door to reciprocal agreements on state aid and taxation.

The negotiations begin in Brussels next week, with a second round planned for London in mid-March. The two sides are also expected to start separate talks next month on how to implement the Northern Ireland protocol.