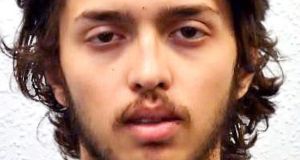 British police are confident that a suspect shot dead in a south London attack on Sunday was Sudesh Amman, a man who had been recently released from prison where he was serving a sentence for “Islamist-related terrorism offences”, a senior officer said.

Lucy D’Orsi, deputy assistant commissioner in the Metropolitan Police, said she was confident the attack was an isolated incident that had been contained.

Police officers shot dead a man who stabbed two people on a busy street in south London earlier on Sunday in what officials described as a terrorist incident believed to be related to Islamist militancy.

Police said in a statement that a hoax device was found strapped to the body of the man killed by armed officers in Streatham, a residential district south of the river Thames.

“The incident was quickly declared as a terrorist incident and we believe it to be Islamist-related,” said Ms D’Orsi.

Chris Wells was in a shop in Streatham with his daughter when they heard three gunshots outside.

#INCIDENT A man has been shot by armed officers in #Streatham. At this stage it is believed a number of people have been stabbed. The circumstances are being assessed; the incident has been declared as terrorist-related. Please follow @metpoliceuk for updates

We believe there are two injured victims. We await updates on their conditions.

The scene has been fully contained.

We will issue more information when possible.

“People just came running in screaming and upset, shouting about a gun. We ran to the back of the shop and were locked in,” he told Reuters.

“We tried to leave to get away and I saw a man in a hoodie with a gun, which I now know was a plainclothes officer,” he said. “And another officer shouted at us to get back inside because there was a bomb threat.”

Sky News said it understood the man was “under active police surveillance” and had been released from prison in January.

“An investigation is taking place at pace to establish the full facts of what happened,” British prime minister Boris Johnson said in a statement. He said his government would announce plans on Monday for making changes to the system for handling people convicted of terrorism offences.

Labour leader Jeremy Corbyn posted his thanks to those who have been dealing with incident. “My thoughts go out to those injured and affected by the incident in Streatham,” he tweeted. “I would like to thank the police and emergency services for their dedication and quick response.”

“My thoughts are with the injured and all those affected,” he said.

Sky quoted Gulled Bulhan, a 19-year-old student from Streatham, as saying he witnessed the shooting. “I was crossing the road when I saw a man with a machete and silver canisters on his chest being chased by what I assume was an undercover police officer – as they were in civilian clothing,” Mr Bulhan said.

“The man was then shot. I think I heard three gunshots but I can’t quite remember.”

London’s mayor Sadiq Khan said in a statement after Sunday’s incident: “Terrorists seek to divide us and to destroy our way of life – here in London we will never let them succeed.” – PA/Reuters