New Zealand to head to the polls in September 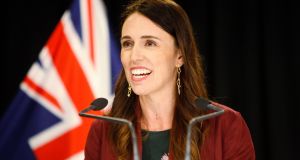 Ms Ardern’s Labour Party-led coalition came to power in 2017 and she will face conservative challenger Simon Bridges in the September 19th ballot.

Ms Ardern promised to run “a positive, a factual and a robust” election campaign.

“New Zealanders deserve freedom from misinformation and some of the negative style of campaigning that we have seen take place overseas,” she said.

The 39-year-old was widely lauded for her empathy after a white supremacist gunman attacked two mosques in Christchurch last March, killing 51 Muslim worshippers.

Reacting to the election announcement, Mr Bridges, leader of the National party, said: “Bring it on.

“New Zealanders know we will get things done, whether it’s more money in your pocket, a stronger economy, less tax, building infrastructure and roads or keeping families safer from increasing gang violence.” – AP