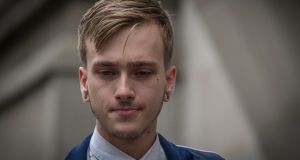 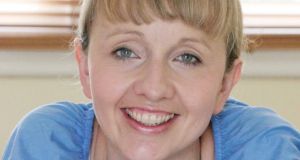 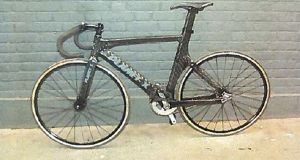 A former courier has been convicted of causing bodily harm to a mother-of-two who died after he mowed her down on a bicycle in east London.

Charlie Alliston (20), who was acquitted of manslaughter, was a fan of “dangerous” bike race videos, never wore a helmet and did not have a front brake on his fixed-wheel track bike - a legal requirement if ridden on the road.

Kim Briggs (44), was on her lunch break on February 12th, 2016 when she stepped out into Old Street and Alliston collided with her on his secondhand fixed-gear bike. He was travelling at about 30km/h at the time.

Alliston had denied causing bodily harm by “wanton and furious driving”. He told jurors at his trial at the Old Bailey a front brake would not have been enough to stop him smashing into Briggs and denied being a risk-taking thrill-seeker.

On the third day of deliberations, the jury were told the court would accept a majority verdict - a conclusion upon which at least 10 of the 12 jurors are agreed. They returned a guilty verdict on the bodily harm charge but acquitted Alliston of manslaughter after 12 hours and 14 minutes of deliberation.

A statement from Briggs’ husband, Michael Briggs, read to the court by prosecutor Duncan Penny after the verdict, said that telling his children their mother was going to die was the “worst thing” a parent has to do.

“Our world fell apart,” he said. “I lost my wife and best friend. The children lost a mother who always had their back.”

In the statement Briggs said that his wife’s death seemed “so senseless, so avoidable and so unjust” and vowed to try to bring about changes to the law.

After the verdict the court head that Alliston is suffering from depression and was treated for PTSD in the wake of the collision.

Alliston had been riding a black Planet X carbon-frame track bike, a type more commonly seen racing at a velodrome, jurors heard. Such bikes can only legally be taken on to the streets if fitted with a front brake.

The prosecutor, Duncan Penny QC, told the court Alliston would have been able to avoid the collision with Briggs if his bike had proper brakes fitted.

Alliston worked as a courier for three different companies based in central London for about six to eight months from mid-2015, having dropped out of sixth form where he was studying photography and business studies.

Jurors at the Old Bailey trial were shown CCTV footage of the collision, as Briggs’s widower, Matthew, looked on.

Alliston allegedly shouted at Briggs to “get out of the way” twice before their heads knocked together.

After seeing a newspaper report about the incident, Alliston posted a comment online claiming he tried to warn her but she had “ignored” him and “stopped dead” in his path.

He wrote: “I feel bad due to the seriousness of her injuries but I can put my hand up and say this is not my fault.”

On an internet forum, he described how their heads collided and hers “ricocheted” into his.

He wrote: “It is a pretty serious incident so I won’t bother saying she deserved it. It was her fault but she did not deserve it.”

He went on to claim Briggs had been on her mobile phone. He complained: “Everyone is quick to judge and help the so-called victim but not the other person in the situation.

“It all happened so fast and even at a slow speed there was nothing I could do. I just wish people would stop making judgments. People either think they are invincible or have zero respect for cyclists.”

Alliston was questioned during the trial over a tweet he sent in February 2015 that compared cycling without a front brake to being in a “Lucas Brunelle movie”.

Brunelle makes “alleycat” videos in which he rides around cities including London “doing dangerous stuff” such as weaving in and out of traffic, narrowly avoiding pedestrians and going into bus lanes, the Old Bailey heard.

Alliston denied copying the film-maker or enjoying taking risks. “I did not get a kick or enjoyment out of not being safe,” he said.

Edward Small, a crash investigator who studied CCTV of the incident, concluded that Alliston, who was then aged 18, would have been able to stop and avoid a collision if the bike had been fitted with a front brake.

The defendant had been travelling at an average of 29km/h before he noticed Briggs step into the road, jurors heard. He was a minimum of 6.65 metres (21.8ft) away when he swerved and tried to take evasive action.

Alliston was released on bail. He will be sentenced on September 18th.

Judge Wendy Thomas warned that he faced a custodial sentence but added that it was not a certainty until she had heard mitigation at the sentencing hearing.