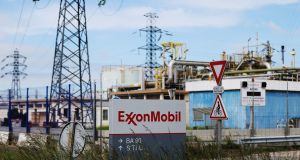 An ExxonMobil refinery in Notre-Dame-de-Gravenchon, northwestern France, in Mary 2016. Exxon has disagreed with the researchers’ conclusion and said its statements on public policy and climate science “have always reflected the global understanding of the issue”, according to an opinion piece in the New York Times. Photograph: Charly Triballeau/AFP/Getty Images

The giant US oil company ExxonMobil’s repeatedly misled the public about climate change over a 40-year period, researchers at Harvard University have concluded.

A review of 187 public and internal Exxon documents found 83 per cent of peer-reviewed papers authored by Exxon scientists and 80 per cent of the company’s internal communications acknowledged climate change is “real and human-caused”. In contrast, only 12 per cent of Exxon’s advertorials directed at the public did so, with 81 per cent instead expressing doubt.

“On the question of whether ExxonMobil misled non-scientific audiences about climate science, our analysis supports the conclusion that it did,” Dr Geoffrey Supran and Dr Naomi Oreskes state in the study published in the journal Environmental Research Letters on Wednesday.

The year-long study is an expansive, quantitative, independent corroboration of the findings of investigative journalists, whom ExxonMobil had accused of using “deliberately cherry-picked statements”. This latest peer-reviewed work goes further, showing ExxonMobil knew about the basic realities of climate change decades ago, and simultaneously communicated positions that were at odds with this knowledge to the general public.

It was prompted by ExxonMobil’s challenge to the public: “Read all of these documents and make up your own mind.”

“This paper takes up that challenge,” the Harvard authors add.

Exxon has disagreed with their conclusion and said its statements on public policy and climate science “have always reflected the global understanding of the issue”, according to an opinion piece in the New York Times.

Exxon has not added to that response. US secretary of state Rex Tillerson, who served as the company’s CEO 2006 to 2016, has not commented.

The researchers point to the example of Exxon scientist Brian Flannery, who in 1985 helped the US department of energy write a report acknowledging a scientific consensus on future warming trends caused by CO2 emitted from fossil fuels. Despite that conclusion, company advertorials – many of which were published in the New York Times – in 1997 and 2000 downplayed the human effect on climate change and instead promoted “natural variability” in the atmosphere, according to the research.

“ExxonMobil’s scientists and executives were, for the most part, aware and accepting of the evolving climate science from the 1970s onwards, but they painted a different picture in advertorials,” it claims.

The research looks at ExxonMobil’s positions on climate change – “real, human-caused, serious, and solvable” – and at the company’s acknowledgment of the risks of fossil fuel assets becoming “stranded” by climate policy. In each case, it concludes, “available documents show a systematic discrepancy between what ExxonMobil’s scientists and executives discussed about climate change privately and in academic circles, and what it presented to the general public”.

In short, the paper finds, “ExxonMobil contributed quietly to the science and loudly to raising doubts about it.” The company’s academic publications had an average readership of tens to hundreds, whereas advertorial readerships were likely in the millions.

A transition to a low-carbon economy will not occur “unless we expose, challenge, and overcome the obstructionism and ‘dirty tricks’ of the fossil fuel industry, said Irish climate expert Prof Noel Healy of Salem State University in the US. “This study does exactly that – it quantifiably and systematically exposes how Exxon misled the public on climate science . . . Just like ‘Big Tobacco’ lied about the risks of addiction and cancer, Exxon engaged in decades-long campaign of doubt and deception.”

The attorneys general of New York and Massachusetts and the Securities and Exchange Commission are already investigating Exxon for potentially misleading investors and the public about climate change risks. Some of its employees and shareholders have already filed lawsuits against the company on these grounds.

The Harvard paper is explicit on its limitations. “We acknowledge that textual analysis is inherently subjective: words have meaning in context.” Yet, the authors argue, “While one might disagree about the interpretation of specific words, the overall trends between document categories are clear.”

Swedish woman cleared of imprisoning son for decades 15:02
Landmark #MeToo China case reaches impasse after accused refuses to go to court 10:40
Covid-19: UK getting vaccine first because it is a ‘much better country’ 10:39
‘Good chance’ Brexit deal can be reached in next few days, Coveney says 10:23
New mystery metal monolith appears in California 07:48