Brussels awaits Westminster decision on election before announcing on extension 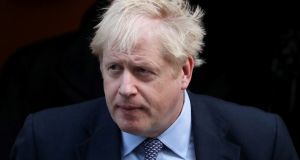 British prime minister Boris Johnson’s request for a pre-Christmas election is likely to be rebuffed by MPs while an alternative plan by the Liberal Democrats to pause the Brexit legislation and have an election on December 9th was dismissed by Labour and Conservatives on Sunday.

Meanwhile, EU ambassadors in Brussels will await the outcome in Westminster on Monday before deciding whether to recommend a further extension. Without such an extension, the UK will crash out of the EU on Thursday night.

The Lib Dem plan, backed by the Scottish Nationalists, would see the party vote for a short Bill which requires only a simple majority in parliament, effectively getting around fixed-term parliament legislation, which requires a two-third majority for an early election. However, the plan was rejected by both Tories and Labour MPs.

Tory party chairman James Cleverly denounced the “sequencing” of Lib Dem proposals in an interview on Sunday morning with Andrew Marr on the BBC. He insisted that the government’s proposal allows the UK “to leave with a deal and also gives the British people the election they need . . Ours does both.”

EU ambassadors are due to meet again on the issue on Monday evening or Tuesday, having on Friday deferred their decision to await clarity from the Commons that an election would actually happen in the event an extension was granted to January 31st.

There is concern in Brussels, and especially in Paris, that a further extension will again be “wasted” amid continuing wrangling in Westminster.

Should that clarity again not be forthcoming, with time running out, the ambassadors appear likely to grant that extension on condition the Commons by Thursday endorses a December election, sources in Brussels say.