EU Commission president Ursula von der Leyen has announced that the EU and the UK has agreed to continue Brexit negotiations in Brussels. Video: EU Commission 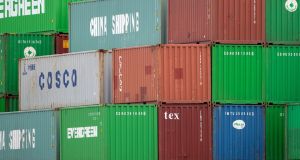 Boris Johnson and Ursula von der Leyen’s decision to carry on talking was, despite the sabre-rattling of the past few days, always more likely than pronouncing the negotiations dead. But the tone of their joint statement marked such a dramatic shift to persuade all but the most irredeemably pessimistic that a deal is now on the cards.

Describing their phone call as “useful”, the two leaders acknowledged there were major unresolved topics but agreed that it was right “to go the extra mile” to reach agreement. Gone was the invocation of “remaining significant differences” and they set no new deadline by which agreement must be reached.

The talks in Brussels have focused on the level playing field guarantees of fair competition and specifically on how to manage divergence between standards as Britain moves further away from the EU’s regulatory system. Both sides have agreed that they will maintain current environmental and employment standards but the EU has demanded a mechanism to deal with any competitive gap that opens up if one side improves its standards and the other does not.

Both sides appear to have moved with the EU accepting that any such mechanism must be reciprocal and Britain agreeing that there could be some “rebalancing” through the application of tariffs. Foreign secretary Dominic Raab suggested on Sunday morning that Britain was open to retaliatory tariffs on specific sectors affected by a divergence in standards but not to a “nuclear” option of blanket tariffs.

The other major unresolved issue is fisheries, where the two sides remain far apart on how much access EU boats should continue to have to British waters. The issue is economically insignificant but politically important both in Britain and in some European coastal states, notably France.

But if the two sides make a breakthrough on the level playing field, fisheries is essentially a numbers game that could be resolved in a complex calculation involving fish, money and time.

British threats to use gunboats to see off French fishermen will help to reassure more excitable Brexiteers and adorn a likely post-deal domestic narrative of Johnson’s toughness forcing the EU to bend to his demands.