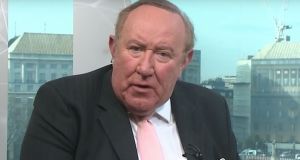 It’s six days to Election Day. Boris Johnson and Jeremy Corbyn meet tonight in a one-on-one debate on BBC television that is likely to be the last big, set-piece event with the potential to change the campaign.

The debate will carry an extra charge after Andrew Neil’s three-minute speech to camera last night challenging the prime minister to face a half-hour grilling from him, just as all other party leaders have.

Johnson has dodged Neil’s interview, affecting in public not to be in command of his own schedule and simply refused to submit to the one with Julie Etchingham on ITV that every other leader has also faced.

“No broadcaster can compel a politician to be interviewed,” Neil told viewers at the end of his interview with Nigel Farage last night. “But leaders’ interviews have been a key part of the BBC’s prime-time election coverage for decades. We do them, on your behalf, to scrutinise and hold to account those who would govern us. That is democracy. We have always proceeded in good faith that the leaders would participate. And in every election they have. All of them. Until this one.”

Neil said he had an interview already prepared – “oven-ready, as Mr Johnson likes to say” – that would focus on the issue of trust and why throughout his career in journalism and politics, Johnson has been deemed untrustworthy. “He vows that the NHS will not be on the table in any trade talks with America,” Neil said. “But he vowed to the DUP, his Unionist allies in Northern Ireland, that there would never be a border down the Irish Sea. That is as important to the DUP as the NHS is to the rest of us. It is a vow his Brexit deal would seem to break.”

Neil also planned to test Johnson’s credentials as an opponent of austerity, something his critics have failed to do during a campaign that has seen the prime minister take no responsibility for the actions of his party in government for almost a decade.

“There is no law, no Supreme Court ruling that can force Mr Johnson to participate in a BBC leaders’ interview. But the prime minister of our nation will, at times, have to stand up to President Trump, President Putin, President Xi of China. So it was surely not expecting too much that he spend half an hour standing up to me,” he said.

“It is not too late. We have an interview prepared. Oven-ready, as Mr Johnson likes to say”

Andrew Neil issues a challenge for Boris Johnson to commit to an interview with him, to face questions on why people have “deemed him to be untrustworthy”https://t.co/daHLxEYn4r pic.twitter.com/oQ21uDdtJe

Johnson’s team, confident that they are cruising to victory next Thursday, let it be known overnight that they still have no intention of letting the prime minister endure a 30-minute grilling from Neil. They calculate the risk of a disastrous performance is not worth the temporary embarrassment of being seen to dodge hard questions. And they have plenty of distractions in store for the next few days to ensure that most voters forget quickly that their prime minister is afraid to face the music.

George Eaton in the New Statesman finds Momentum thinking beyond the election.

Polly Toynbee in the Guardian asks what kind of country would tolerate 40 per cent child poverty.

John Curtice in The Times on why the Liberal Democrats are doing so badly.

“I am frankly finding it really quite disturbingly old fashioned that people are suggesting that my brother gets to tell me what to do with my political views — he doesn’t” – Annunziata Rees-Mogg on her decision to abandon the Brexit party and back the Conservatives.