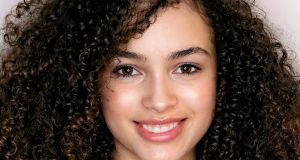 Naylor, who appeared in shows including Millie Inbetween, died on April 7th, but the cause of death remains unclear.

Naylor also appeared in the BBC show Absolutely Fabulous as Jane in 2004 and more recently performed as part of the band Angels N’ Bandits.

She was described as “deeply talented” by A&J Management.

“It is with the deepest sorrow we have to announce that on Sunday 7th April Mya-Lecia Naylor, very sadly, died”, a tweet from A&J said.

It continued: “Mya-Lecia was hugely talented and a big part of A&J, we will miss her greatly. Our love and thoughts are with all her family and friends at this difficult time”.

A statement posted to the BBC’s website described Naylor as a “hugely talented actress, singer and dancer”.

It read: “We are so sorry to have to tell you that Mya-Lecia, who you will know from Millie Inbetween and Almost Never has, very sadly, died.

“Mya-Lecia was a much-loved part of the BBC Children’s family and a hugely talented actress, singer and dancer.

“We will miss her enormously and we are sure that you will want to join us in sending all our love to her family and friends.”

Alice Webb, director of BBC Children’s, which includes CBBC, said news of Naylor’s death had left her team “distraught and so terribly sad”.

She said: “She has shone so brightly on our screens, both in Millie Inbetween and Almost Never, and it’s unthinkable that she won’t be part of our journey going forward.

“She was hugely popular with our audience, a very talented actress, dancer and singer, and a real role model for her young fans.” – PA