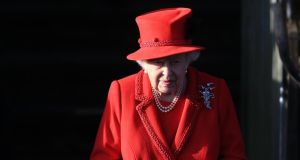 Britain’s queen Elizabeth has had a trying year. She will admit as much, it seems, in her annual, prerecorded message that will be broadcast on Christmas Day, when she will call 2019 “quite bumpy,” according to excerpts released Tuesday by Buckingham Palace.

Although it was not clear exactly what the queen was referring to, a quick overview of 2019 explains why it might have felt rough at times. In January, her husband, Prince Philip, apologised after he was involved in a car crash that left two women injured, sparking a public debate on older drivers. He agreed to relinquish his driver’s license.

In August, the queen was dragged into British politics when UK prime minister Boris Johnson asked her to suspend parliament, a move that was later ruled unlawful by the country’s supreme court. A few weeks later, her grandson Prince Harry, and his wife, Meghan, Duchess of Sussex, went public about their emotional struggles in a candid interview filmed during their official tour of Africa. The couple’s environmental activism was questioned over their use of private jets, and Prince Harry and his brother, Prince William, were unable to shake off headlines of a rumoured rift in their relationship.

But the biggest challenge for the royal family came in November, when Prince Andrew, the queen’s second-oldest son, stepped down from his public duties after he gave a catastrophic interview to the BBC about his relationship with disgraced financier Jeffrey Epstein.

“Quite bumpy” sounds less awful than “annus horribilis,” as she once called 1992 – the year when the marriages of three of her four children broke down, including that of prince Charles and princess Diana, and fire damaged Windsor Castle. But her description of 2019 makes clear that it has been tougher than 2018, which she characterised in last year’s Christmas broadcast simply as a “busy year.”

The bumps of 2019 have continued into the final days of the year. After the queen recorded her message, Prince Philip (98), was admitted to a London hospital for what Buckingham Palace described as a precautionary measure to treat a preexisting condition. He left Tuesday, after spending four nights there.

Although she is not expected to get into specifics in her address, the queen will focus on the importance of reconciliation – a notion that could apply both to her family and to Britain. The country, which has just emerged from a general election, has been scarred by divisive politics surrounding the Brexit debate, including renewed calls for Scottish independence. –New York Times