UK Politics: Prime minister’s office has become the equivalent of a zombie company 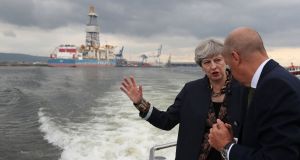 Cynical voters would not believe how often their leaders’ thoughts turn to legacy. Even gluttons for the trappings of power aspire to put their name to a creed that outlasts their time in office and, if possible, on Earth. A few succeed, which is why we still talk of Thatcherism and why the British left looks to Clement Attlee’s Labour government as its north star 66 years later.

Tony Blair was willing to retire sooner if his successor pledged to continue his reform of the welfare state. Anything for a more impressive place on the spectrum of permanence to transience.

The cynics are entitled to look at Theresa May and decide they were right all along that Britain’s prime minister has outlasted her own ideas, and does not seem to mind. She survived an election result that should have been terminal, but at the cost of the platform on which she stood, a different plank of which dematerialises under her feet each month.

She wanted to remove curbs on academic selection in state schools. That plan is gone from her legislative programme. Back then, she made a squeeze on foreign students central to her pursuit of lower immigration. Now outnumbered on that question in cabinet, she has to watch as Amber Rudd, the home secretary, begins an inquiry into the economic impact of those students. Forgive the spoiler, but that impact will not be found to be ruinous. The inclusion of students in the migration target is less and less certain.

Without her immigration policy and such easy Tory-bait as grammar schools, there was never much more to May than her hard interpretation of a close referendum result on Brexit. And even that has softened in stages. In the giddy spring, her ministers entertained a sudden departure from the EU with no deal at all. The debate is now over the timing and content of Britain’s gradual transition from membership to non-membership.

Last week, the government accepted that European judges might have indirect influence beyond the point of exit. Before that, it announced that some approximation of the customs union might survive during the phased departure. It is now under duress from the Labour Party to include membership of the single market in that period, too.

These concessions are forced by different pressures: the opposition, the Treasury and European interlocutors such as Michel Barnier who advise Britain against demanding the moon. But the trend is more telling than the details. The government is moving away from May and the stridency of her early months in the job. Her office has become the political equivalent of a zombie company or a ghost ship: it has a shape and a colour, but the substance has gone.

The only mystery is her next capitulation. Britain’s financial liability to the EU remains unsettled. The government’s opening offer to Europeans worried about their residence rights in the UK might also become more generous. Then there is the state visit from US president Donald Trump that remains on offer and completely unthinkable at the same time.

At this point, the cynics will claim vindication. A prime minister who outstays her influence on events can only be in politics for base reasons of status. But there is a kinder interpretation. May, a patriot if nothing else, might be giving Britain the benefit of her weakness. She can make concession after ignominious concession because her ego and credibility no longer matter.

Both were so ravaged by the election that any extra harm is not even news. She is a human shield for compromises that would be too embarrassing for another leader to countenance or survive.

Picture a government led by Rudd or the cartoon aristocrat Jacob Rees-Mogg. Every decision would be parsed for its impact on their personal standing, their grip on the Conservatives, their prospects at the next election. May, who knows she will never contest another one, can act with less drama.

What she is doing is underestimated. It involves daily humiliation. To see her on television still captioned as the prime minister is to feel yourself written into a British comedy of manners that centres on a dinner guest whose hosts (all 60 million of them) are too polite to ask her to leave. She must sense a nation glancing at its watch and muttering about an early start tomorrow.

Apart from some very on-trend boilerplate about the “unacceptable face of capitalism”, she has salvaged little from her starting mission. Her real legacy might be the compromises she makes so that others do not have to. Be thankful that May has outlived Mayism.

3.4m people in England may have had Covid-19, study shows 09:27
Belarusian workers back protests to pile pressure on president Lukashenko 18:49
Bavarian test lapse in 900 positive Covid-19 cases 17:04
Israel and United Arab Emirates strike historic peace accord 17:02
US plans changes to shower rules after Trump complains about washing his hair 15:54