London Letter: Teasing out article 50 may give way to parsing articles 207 and 218 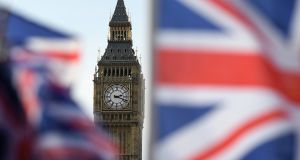 When Theresa May made her statement to MPs on Wednesday about triggering article 50, everyone was impressed with her conciliatory tone as she praised European values and told Britain’s EU partners that she wanted them to succeed. As they read the warm words of her letter to Donald Tusk, outlining her approach to Brexit negotiations, EU leaders must have felt encouraged. Then they saw that paragraph:

“If, however, we leave the European Union without an agreement the default position is that we would have to trade on World Trade Organisation terms. In security terms, a failure to reach agreement would mean our co-operation in the fight against crime and terrorism would be weakened.”

To European ears, linking a post-Brexit trade deal to security co-operation was a straightforward threat, or “blackmail”, as the European Parliament’s chief negotiator Guy Verhofstadt put it. The Sun interpreted it the same way, with the front page headline “Your money or your lives – Trade with us and we’ll help fight terror.”

Downing Street sought to play down the threat, insisting that the prime minister was simply stating a fact – that Britain co-operates with the EU on security as a member state and if Brexit talks end without a deal, those arrangements would fall.

“I do wonder whether it was a wise thing to put that paragraph in, not least because it seems to me that the security point was made subtly at several other points in the letter anyway,” says Anand Menon, professor of European politics and foreign affairs at Kings College London and director of the “UK in a Changing Europe” research initiative.

By Thursday morning, the focus had shifted to May’s demand that negotiations on the terms of Britain’s departure from the EU should run concurrently with talks about future trade arrangements. Germany’s Angela Merkel rejected the proposal within hours, and when May called French president Francois Hollande on Wednesday evening, he told her the same thing.

“The president indicated that the talks must at first be about the terms of withdrawal, dealing especially with citizens’ rights and obligations resulting from the commitments made by the United Kingdom. On the basis of the progress made, we could open discussions on the framework of future relations between the United Kingdom and the European Union,” the Élysée said on Thursday.

May believes she has article 50 on her side, because it says the EU should conclude an agreement with Britain “setting out the arrangements for its withdrawal, taking account of the framework for its future relationship with the union”.

Catherine Barnard, professor in European Union law and employment law at the University of Cambridge, believes those words could, at best, be interpreted as a green light to start negotiations on the future relationship.

“The future deal will actually be done under an entirely separate legal basis, article 207 and article 218. Article 218 is going to become the new article 50,” she says.

Barnard says that, in this case, politics will not trump the law because if politics ignores the law, the European Court of Justice will strike down the agreement. Article 218 sets out the EU’s procedure for agreeing deals with third countries – countries outside the EU – and international organisations.

Barnard believes that, if the negotiations don’t break down beforehand, Brexit will have three stages – the article 50 deal, transitional arrangements lasting a number of years, and a deal on the future relationship.

Menon is convinced that, if the talks don’t collapse as soon as the two sides start talking about money, they could falter over the issue of where disputes between the EU and Britain should be resolved after Brexit.

“The problem we have is that any system that looks to emulate the single market needs impartial adjudication to work. And if we’re saying we won’t accept the European Court of Justice, the problem on the other side of the channel is that countries like Germany have real political problems with more privatised forms of adjudication,” he says.

“I’m in no doubt at all that, if all the negotiators sat in a room insulated from the outside world, they could come to an agreement that would work well for everyone on both the Brexit Bill and the trade negotiation. The problem is that everyone already seems to be playing to the domestic gallery, and that’s where problems are going to start to kick in.”