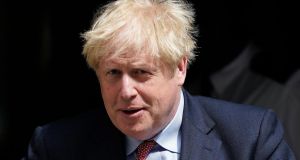 Boris Johnson’s government has published plans to ensure a “level playing field” for trade between the constituent parts of the United Kingdom by curbing the devolved administrations’ exercise of powers that will be repatriated from Brussels at the end of this year. Powers in at least 70 policy areas will return from the EU to the devolved administrations, but the British government wants to be able to ensure that no new measures create barriers to trade within the UK.

It is proposing a principle of mutual recognition so that regulations from one part of the UK will be recognised across the country and a principle of non-discrimination to create “a level playing field for companies trading in the UK, regardless of where in the UK the business is based”.

Cabinet office minister Michael Gove presented the plan as an exercise in co-operation between London and the devolved administrations after the “power surge” of repatriated competences.

“We should be learning from one another, combining the expertise of each nation to share ideas, innovation and, where appropriate, put in place processes for voluntary co-operation. People right across the UK want their governments and institutions to work together at every level to improve their lives, and the UK government is committed to working to do this,” he said.

But Ian Blackford, the Scottish National Party’s leader at Westminster, accused Mr Johnson during prime minister’s questions on Wednesday of staging a power grab that was in breach of the devolution settlement.

Earlier, the prime minister confirmed that there would be an independent inquiry into the UK’s handling of coronavirus. He also asserted that the UK test and trace system was “as good as, or better than, any other system anywhere in the world”.

A report by a group of 37 doctors and scientists this week predicted that a second wave of coronavirus could kill 120,000 hospital patients unless “intense preparations” were made to prevent it. When Labour leader Keir Starmer asked if he had read the report, the prime minister appeared to admit he had not.

“I am of course aware of the report and we are of course taking every reasonable step to prepare this country for a second spike,” he said.

Mr Johnson suffered a setback from within his own party on Wednesday evening when former minister Chris Grayling failed to be elected chairman of the Intelligence and Security Committee at Westminster.

Downing Street nominated Mr Grayling for the post, and his election was regarded as almost certain on account of the Conservative majority on the committee. But another Conservative, Julian Lewis, won the chairmanship instead with the support of Labour members.

Opposition parties had condemned Mr Grayling’s nomination, fearing that he would fail to protect the committee’s independence from Downing Street. The committee has statutory authority for the oversight of Britain’s intelligence agencies and has access to highly classified material.

Former chairmen of the committee include Dominic Grieve and Malcolm Rifkind. Mr Lewis has taken an interest in defence and security issues since he became an MP in 1997 and he is a former chairman of the defence select committee.