Bodies discovered off Wales could have drifted from Ireland, say Welsh police 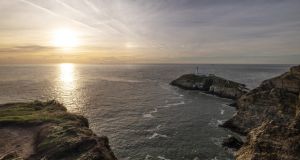 A north Wales detective has appealed for help to identify the remains of three people found off the coast of Wales who he believes may be Irish.

Don Kenyon, who works on “Operation Orchid” to identify bodies found in Wales, spoke to RTÉ.

“Our experts tell us that a person entering the water in Wales is less likely to be washed up at Anglesey, it is more likely, and it has now been shown that bodies travel across the Irish Sea from the southeast coast of Ireland.”

Detective Kenyon has been liaising with the Garda Missing Persons Bureau. “I’ve done some work with the maritime and coast guard agency and the tidal flood from the eastern seaboard of Ireland does tend to go up towards the western seaboard of mainland UK. It’s a bit of two steps forward and one step back with tidal ebbs and flows in the channel between the two countries.

“The Anglesea area tends to catch floating objects in the water and if it misses them, it can go further north and never be found. Of the 11 coastal bodies I have on my books the three that we have identified have all been from southern Ireland, so there’s a very good chance that others of those who are still unidentified may all be from the same place.

“There are three that I think we have a really good chance to identify because of circumstances. We have a lady who was found on June, 28th, 1978. This lady was found in the sea off Yarmouth, she was wearing a blue St Michael’s swimsuit, now this to me would tend to point towards being an accidental drowning.

“Maybe some of your listeners will know a family story or know of their mother or sister or auntie who went out swimming in the summer of 1978 and never came back.

“Another is a male who was found on May 30th, 1982. He was a younger man, 25 to 30-years-old, he had outdoor clothing, possibly had an accident falling into the sea. He was wearing a blue Berghaus jacket, a blue Santa Fe anorak, jeans and he had calf length leather boots and red socks. He had a frame type rucksack with Ponderosa camp trail badges on it.” The body of this man was found off Hollyhead.

“The last case is a male who was found on a beach in Aberdovey in Gwenedd, he was about 55-60, 5’10” wearing a Richard Davis shirt, that was manufactured by JC McMullan, 5-6 John Street in Dublin and this chap was also wearing a pair of trousers, Ambassador brand, which was supplied to the Royal Navy, so it may be that he was an ex-navy person, could also be that he picked it up at a surplus store.”