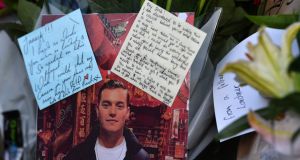 The front pages are dominated by the political fallout from Friday’s terrorist attack on London Bridge, which saw two people fatally stabbed before police shot the killer dead.

As I report here, Boris Johnson has sought to blame the last Labour government for the early release from prison of convicted terrorist Usman Khan, who murdered Jack Merritt (25) and Saskia Jones (23) at an prisoner rehabilitation event.

Johnson has promised to introduce mandatory 14-year sentences for serious terrorist offences and to ensure that prisoners will not be automatically eligible for release halfway through their sentences. But in a statement issued through the Metropolitan Police on Sunday, Merritt’s family said he would not have wanted his murder to be used as a pretext for a harsher sentencing policy.

“Jack lived his principles; he believed in redemption and rehabilitation, not revenge, and he always took the side of the underdog. Jack was an intelligent, thoughtful and empathetic person who was looking forward to building a future with his girlfriend, Leanne, and making a career helping people in the criminal justice system. We know Jack would not want this terrible, isolated incident to be used as a pretext by the government for introducing even more draconian sentences on prisoners, or for detaining people in prison for longer than necessary,” the statement said.

“Don’t use my son’s death, and his and his colleague’s photos – to promote your vile propaganda. Jack stood against everything you stand for – hatred, division, ignorance,” he said.

Johnson’s eagerness to seize political advantage from Friday’s attack risks backfiring as he finds himself on the wrong end of an argument with the grieving father of one of the victims. And he faces a political and diplomatic minefield tomorrow when Donald Trump arrives in London for a Nato summit.

Don’t use my son’s death, and his and his colleague’s photos - to promote your vile propaganda. Jack stood against everything you stand for - hatred, division, ignorance. https://t.co/R8LO16lugk

Johnson will keep their joint public appearances to a minimum but he can do nothing to stop the president sounding off on everything from the deficiencies of the prime minister’s Brexit deal to the place of the National Health Service in a future trade deal with the US.

Trump’s visit comes as the contest continues to tighten, with a number of polls over the weekend putting the Conservative lead over Labour in single digits. Conservative support has risen slightly but Labour’s has grown more, chiefly because Remain voters are consolidating behind the party.

As polling expert John Curtice notes in The Times Labour and the Liberal Democrats were neck and neck at the start of the campaign for the support of voters who backed Remain in 2016. Now almost half of them are backing Labour, twice as many as are supporting the Liberal Democrats.

Labour’s rise in the polls follows the party’s worst week of the campaign, when Jeremy Corbyn gave a disastrous interview to Andrew Neil following the chief rabbi’s warning that anti-Semitism had taken root in the Labour Party. And that’s what will worry Conservative Campaign Headquarters (CCHQ) at the start of a week that could hold more perils for Johnson than for Corbyn.

Finn McRedmond on the online battle for young voters

Freya McClements on the contest in Upper Bann

“I will be a very different kind of prime minister: one who is prepared to limit my own power in the public interest and empower parliament to hold government to account” – Jeremy Corbyn on the need for a war powers act

11am Sinn Fein launches its manifesto in Derry