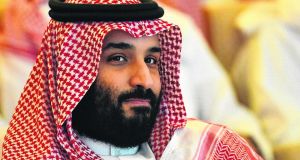 Saudi Arabia will host three summits of Gulf, Arab and Islamic leaders in Mecca on Thursday and Friday to discuss an attack on four oil tankers off the coast of the Emirates and armed drone strikes on oil facilities near Riyadh.

In a bid to demonstrate Gulf solidarity, Saudi Arabia’s King Salman has invited Qatari emir Sheikh Tamim bin Hamad al-Thani, who has been accused of supporting “terrorism” and ostracised and blockaded by Saudi Arabia and the United Arab Emirates (UAE) for two years, to attend the meetings.

Since Ramadan is a traditional time for reconciliation and peacemaking, the summit could end Qatar’s isolation. While Sheikh Thani is attending, Tehran, which also has a tense relationship with Saudi Arabia, has not signalled its intention to do so.

Iran has called “ludicrous” the US accusation its naval mines were used to sabotage the tankers, while Yemen’s Houthi rebels claimed the drone strikes. These incidents have escalated tensions in the Gulf and prompted the US to deploy an aircraft carrier group to the Gulf of Oman and to dispatch 1,500 troops to join the 24,000 already in the Gulf.

It is reported that after Ramadan ends next week, Saudi Arabia intends to execute on “terrorism” charges three Muslim scholars arrested in 2017 during Crown Prince Mohammed bin Salman’s crackdown on dissidents. The three are regime critics: Sheikh Salman al-Awdah is a reformer, Awad al-Qarni a preacher and author and Ali al-Omari a popular broadcaster.

The most prominent of the three, Sheikh Awdah, was arrested after calling for reconciliation between Saudi Arabia and Qatar, which supports the Muslim Brotherhood, seen as an enemy by Saudi Arabia, the UAE, Egypt, and Bahrain.

Sheikh Awdah was until last year an assistant secretary of the Brotherhood-affiliated International Union of Muslim Scholars, founded in Qatar and headquartered at the Islamic Cultural Centre of Ireland in Clonskeagh, Dublin, which also hosts the European Council for Fatwa [judicial rulings] and Research.

The founder of these organisations is Qatar-based Sheikh Yusuf al-Qaradawi (92), a prolific author and al-Jazeera tele-preacher who has been condemned to death in Egypt and refused entry to Britain and France.

Human Rights Watch researcher Adam Coogle told the London Independent he could not confirm the report about the imminent executions but said Riyadh was “seeking the death penalty against these men merely for their alleged peaceful political affiliations and opinions. We see this as a clear departure from past practice and an indication of just how much the repression level has increased since MBS [Mohammed bin Salman] became crown prince nearly two years ago.”

In April Saudi Arabia caused an international outcry by executing in one day 37 men charged with terrorism, 33 of whom were from the persecuted Shia minority from the oil-rich Eastern Province, and arresting nine relatives and supporters of jailed activists.

While Crown Prince Mohammed says he supports “moderate Islam”, he has not curbed the influence of deeply conservative Wahhabi clerics whose puritanical ideology has inspired al-Qaeda and its offshoots. Bowing to them, the cabinet has approved regulations intended to uphold the principles, values and customs of Saudi society in public places, including malls, hotels, restaurants and parks.

The rules require individuals to dress modestly and avoid indecent language, as well as to refrain from damaging public property or threatening public safety. A fine of up to $1,333 can be imposed for breaches of the rules. Implementation has been delayed, as critics argue the rules are too vague and open to interpretation and could lead to the revival of the religious police, which had seen a decline in their power in recent years.

Meanwhile, the Saudis have stepped up bombing of Yemen, and Riyadh-backed Yemeni president Abed Rabbo Mansour Hadi has suspended contact with UN envoy Martin Griffiths, accusing him of permitting Houthi rebel fighters wearing coast guard uniforms to remain “under the umbrella of the UN” in Hodeidah port, through which 80 per cent of the country’s imports flow, after the rebels’ withdrawal from the port this month.