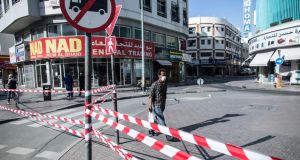 A regional United Nations commission predicts the coronavirus pandemic will have a particularly harsh impact on the Arab world and drive an additional 8.3 million people into poverty and hunger.

This will boost the total number of people suffering from insufficiency in the Arab world to 101.4 million and increase by 1.9 million the 50 million already classified as “undernourished”.

Children at home under lockdown are already suffering since they no longer receive school lunches.

According to the UN’s Economic and Social Commission for Western Asia, hunger will rise due to the “economic slowdown caused by Covid-19 [which] is expected to negatively impact jobs, incomes, business and the flow of remittances [into] the Arab region”, shrinking the middle class.

The chief victims will be women and young adults and those “working in the informal sector who have no access to social protection and unemployment insurance”. Social safety nets are not found in most Arab countries.

The UN commission points out that 55 million refugees, internally displaced people and others dependent on external humanitarian aid will also be hard hit by the economic impact of the virus.

The Arab region is particularly vulnerable because more than 50 per cent of food consumed is imported. If the pandemic leads to hoarding by food-exporting countries or disrupts global food production and distribution, there could be shortages and price hikes of Arab world staples, wheat and rice.

The commission argues households could reduce hunger by cutting food loss and waste, estimated to be about a third to a half of the region’s supply. If families embark on such a campaign they could not only increase income but also the “region would significantly improve food availability, reduce its food imports and improve its trade balance”.

The commission urges Arab governments to “ensure a swift emergency response to protect their people from falling into poverty and food insecurity owing to the impact of Covid-19”.

Commission executive secretary Rola Dashti says: “The regional emergency response must support national efforts and mobilise resources and expertise to protect the poor and vulnerable.” She had earlier called on Arab governments to establish a regional social solidarity fund to support the most vulnerable and least developed countries in the region.

Hunger, the commission contends, is the most potent threat to global wellbeing as 821 million people cannot get enough food to live healthy and productive lives.

Last month, the commission warned that coronavirus could cost the region $42 billion (€39 billion). “As the virus contagion spreads” to the European Union and the United States and other major economies and oil prices remain low, “losses in income could escalate” in the Arab world.

Businesses have already lost $420 billion in wealth and at least 1.7 million jobs could disappear. The Emirates, Saudi Arabia and Qatar have announced well-funded plans to stimulate their economies while cash-strapped Egypt, with a population of 100 million, has pledged a single-digit sum to combat the virus and boost growth.

In both briefing papers, the commission puts forward steps to alleviate suffering and economic collapse to be taken by the Arab League and regional governments. However, having failed to lift citizens out of poverty when times were good, it is unlikely the authorities will overcome the coronavirus challenge.

Although the commission does not predict an exodus, desperate individuals and families are, once again, likely to opt for mass migration to Europe, as did Syrian war refugees in 2015.

Arguing it is already overburdened with millions of Syrians, Turkey, the land bridge between the Arab world and Europe, cannot be expected to halt a new influx from the Arab region.

1 Taoiseach has confirmed schools will reopen at the end of August
2 Irish tourists excluded from visiting Greece and Croatia
3 Derek Chauvin charged with murder in connection with death of George Floyd
4 Private hospitals ‘takeover’ by State will not be extended past June
5 Quarantine will cease within fortnight, Ryanair CEO claims
Real news has value SUBSCRIBE