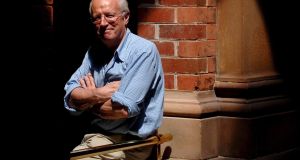 The funeral has taken place of veteran foreign correspondent Robert Fisk who died aged 74 after falling ill at his Dublin home last Friday.

The private ceremony took place “in accordance with current Government guidelines and in the hope of keeping our friends and family safe”, the death notice published on Monday said.

Tributes have been paid to the journalist and author who become unwell at his Dublin home on Friday and was admitted to St Vincent’s hospital where he died a short time later.

President Michael D. Higgins said he had “learned with great sadness” of the journalist’s death.

“With his passing the world of journalism and informed commentary on the Middle East has lost one of its finest commentators,” he said.

“I have had the privilege of knowing Robert Fisk since the 1990s, and of meeting him in some of the countries of which he wrote with such great understanding. I met him in Iraq, and last year I had my last meeting with him in Beirut, during my official visit to Lebanon.

“I knew that his taking of Irish citizenship meant a great deal to him. And his influence on young practitioners in journalism and political writing was attested by the huge audiences which attended the occasions on which he spoke in Ireland.”

Fisk, who was born in England, had a long relationship with Ireland dating back to 1972 when he moved to Belfast to work as Northern Ireland correspondent for the London Times at the height of the Troubles.

He subsequently did a PhD in Trinity College, completing a thesis on Ireland’s neutrality during the second World War. He owned a home in Dalkey where he lived for many years.

After making a name for himself reporting from Northern Ireland, Fisk relocated briefly to Portugal and then to Beirut where he worked as Middle East correspondent for the Times. He covered, among other events, the Lebanese civil war, Russia’s invasion of Afghanistan, the Iranian revolution and the Iran-Iraq War. He joined the London Independent in 1989 after a row with the Rupert Murdoch-owned Times and continued to work for that publication until his death. It is understood that he was planning his return to the Middle East prior to his death.

Critical of the United States

He reported extensively on the first Gulf War, basing himself for a time in Baghdad. He was fiercely critical of other foreign correspondents, whom he accused of covering the conflict from their hotel rooms.

He also covered the US-led war wars in Afghanistan and Iraq and frequently condemned US involvement in the region. Fisk was one of very few western reporters to interview Osama Bin Laden, something he did on three occasions in the 1990s.

He also covered five Israeli invasions, the Algerian civil war, Saddam Hussein’s invasion of Kuwait and the 2011 Arab revolutions. He worked in the Balkans during the conflict there and more recently covered the conflict in Syria.

He received numerous awards over the course of his career including the Orwell Prize for Journalism, British Press Awards International Journalist of the Year and Foreign Reporter of the Year on multiple occasions.

He was given honorary degrees and doctorates from universities in several countries. In 2009 he was awarded Trinity College Dublin’s Historical Society’s gold medal.

Among his most well regarded books were The Point of No Return: The Strike Which Broke the British in Ulster, Pity the Nation: Lebanon at War and The Great War for Civilisation – The Conquest of the Middle East.

Taoiseach Micheál Martin said he was “saddened” to hear of Fisk’s death. He was a “ fearless & independent in his reporting, with a deeply researched understanding of the complexities of Middle Eastern history and politics. He helped many people understand those complexities better,” Mr Martin tweeted.

Fine Gael TD and former minister for justice Charlie Flanagan said he was “saddened” to hear the news.

“Didn’t always agree with his views but I admired his courage among many great qualities May he rest in everlasting peace,” he tweeted.

Vice Admiral Mark Mellett, chief of staff at the Irish Defence Forces, described Fisk as a friend to Ireland and all in the Defence Forces.

Fisk’s efforts to find out the truth and to report on what mattered had made him very special, Cockburn told RTÉ radio’s Morning Ireland. In a world of Donald Trump and Boris Johnson it was important to have people like Robert Fisk, he said.

The two men met in Belfast in the early 1970s when Fisk was a reporter for the Times and Cockburn was completing his Phd in Queen’s University. The two spoke at least once a week and remained in “constant touch”.

Broadcaster Pat Kenny paid tribute to Fisk on his Newstalk programme. “On Friday I lost a friend, this programme lost a friend, our listeners lost an independent voice on world affairs and someone who could interpret for us the fractious divisions - both ancient and modern - of the Middle East.

“In the canon of contemporary journalism, Robert Fisk was a giant,” he said. “He had his detractors but none among them would impugn his integrity.

“He put himself in harm’s way so many times in the course of a career which took him from Belfast to Beirut, from Afghanistan to Iran. In spite of his analytical criticism of successive Israeli governments, he had many Israeli admirers.

“Others might have gone for a quite life, but not Robert: in an era of facile headlines, he was the opposite.”He was the essence of rigour - his news-gathering and fact-checking were object lessons for those who would ever dream of filling his shoes.

“He found a happy working home in Beirut, a cross-roads in the Middle East, which allowed him to get to trouble spots quickly.

“But the place where he found healing from the vicissitudes of journalism on the front line was in Dalkey, where he’s had a home for many, many years.

“He said that he’d found his own personal paradise here”.

The BBC’s John Simpson said he was “very sad to hear” of Fisk’s untimely death. “He’ll be greatly missed,” he said.

In a tweet, Uzair Hasan Rizvi, journalist with AFP news agency, described Fisk as “one of the best foreign correspondents with an in-depth knowledge of Middle East”.

The official Twitter page of Trinity College Dublin, where Fisk had studied, also expressed sadness at the death of the “renowned journalist and author”.