World View podcast: How should EU handle rise of the right? 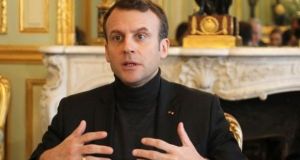 The surge in support for populist parties across Europe in recent years is well documented.

Right-wing populists are in office in Poland, Hungary and Austria. And in the Czech Republic recently re-elected president Milos Zeman campaigned on an anti-immigration and Eurosceptic agenda.

Next month in Italy, the Five Star Movement could capitalise on anti-immigration sentiment and a stagnant economy in the country’s parliamentary elections.

But how should the European Union react? Are sanctions appropriate, or might they only serve to exacerbate the problem? And what are the consequences for French president Emmanuel Macron’s vision of further European integration?