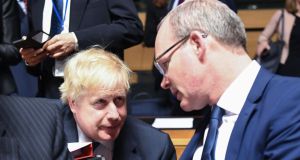 It was hardly a diplomatic storm. More a quiet contretemps, largely missed or ignored by most of our fellow EU member states, although the issue made serious waves in the British parliament.

But Ireland’s successful attempt last week to dilute the European Union’s expression of unequivocal support for the military strike against Syria was a significant assertion of key pillars of the State’s distinctive foreign policy – our strong commitment to a multilateral, rules-based order whose cornerstone is the United Nations.

This involves a strict adherence to UN rules, wherever that may lead, not least to the UN charter’s prohibition on the use of force except in self-defence or without the explicit sanction of the Security Council. (The latter, under powers in articles 24 and 25, and chapter VII of the charter, may authorise force to maintain or enforce international peace and security.)

Ministers  expressed only an ‘understanding’ of the strikes on Syria, and used a formulation that fell well short of clear endorsement

Minister for Foreign Affairs Simon Coveney used the consensus rules of the European general-affairs council to insist against the overwhelming majority that explicit support for the action by the US, France and the UK should be toned down largely because it failed to meet those criteria.

And so the ministers last week expressed only an “understanding” of the actions of the three and of their strictly limited nature, while they were “supportive of all efforts aimed at the prevention of the use of chemical weapons”, a formulation that fell well short of clear endorsement.

Apparently unconstrained by Irish reservations the EU signed up the following day, however, to a less equivocal statement by the G7: “We fully support all efforts made by the US, the UK and France to degrade the Assad regime’s ability to use chemical weapons and to deter any future use, demonstrated by their action taken on April 13th. This response was limited, proportionate and necessary . . .”

The UK defends the legality of the raid on the basis of the application of the so-called law of “humanitarian intervention”, a relatively new, controversial and contested doctrine that was developed by, among others, Tony Blair in the context of intervention without UN mandate to defend Kosovans from Serb attack in 1999.

The UK’s UN ambassador, Karen Pierce, accused Russia at the Security Council of repeatedly vetoing resolutions on the use of chemical weapons in Syria and said the UK took military action “to save lives”, on the legal basis of “humanitarian intervention”. “That is wholly within the principles and practices of the United Nations,” she argued.

The three also argue that it is their particular responsibility as permanent Security Council members to uphold the United Nations’ principles and global collective security.

Coveney was insistent on two points: Ireland deplored the Syrian government’s illegal use of chemical weapons and wanted to be part of international efforts to hold Syria to account, and it acknowledged that the repeated deployment of vetoes by the Security Council members Russia and China made it almost impossible for the United Nations to function as a defender of the values or legal order for which it was established.

It is also almost certain that if he had not raised reservations he would have faced serious criticism in the Dáil.

And it’s worth acknowledging that Ireland faces the dilemma that its own ability to use military force is constrained by a domestic legal requirement to get a UN mandate, giving Russia, critics argue, a veto on our ability to act on the world stage.

“Understanding” means neither condoning nor deploring, but some sympathy, and makes clear that if there is a breach of international law we have no intention of calling the offender to account. If applied to ordinary criminality – say, the social tolerance of drink-driving – it is rightly seen as an unacceptable manifestation of hypocrisy, and one that contributes to undermining respect for the rule of law.

Mutatis mutandis. Can the international rule of law and the UN system itself survive if individual states abrogate to themselves the right to decide when or if to apply it?

And many smaller states vehemently oppose the evolution of the doctrine of humanitarian intervention, as yet unrecognised in any treaties, warning that it is almost certainly going to be used by large states against small ones to justify unacceptable intrusion into their sovereign territories.

It is, they warn, a potential cover for imperialist intervention, not humanitarian. (A ministerial declaration of Group of 77 countries saw 134 states condemn the doctrine.)

In the “real world”, however, the proponents of intervention argue, the danger is that an unwavering commitment to adhere to UN rules is in effect a justification for political quietism, for doing nothing. It is an isolationist, not-my-problem refusal to engage with the problems of the world, an attitude arguably profoundly at odds with Ireland’s long-standing internationalist profile and values.

It is a real dilemma that remains unresolved at the heart of Ireland’s “ethical” foreign policy.