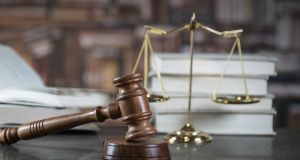 The victim was awarded €12,000 compensation for an attack the court described as “extremely intense and particularly degrading”

A Spanish court’s decision to convict five men of sexually abusing a teenager, rather than finding them guilty of the more serious crime of rape, has sparked outrage.

On Thursday, Barcelona’s high court gave jail sentences of between 10 and 12 years to five men who had been accused of gang raping a 14-year-old girl at a party in an abandoned factory in 2016 in Manresa, Catalonia.

It found that five of them had intercourse with the victim, who had been under the influence of alcohol and drugs at the time. However, the court ruled that the assault could not be deemed rape – carrying a jail term of 15 to 20 years – because the girl was inebriated. Instead, it found the five guilty of sexual abuse of a minor. Another defendant who had been accused of rape was acquitted.

“It has been proven that the victim... was in a state of unconsciousness, without knowing what she was or was not doing and therefore without being able to determine and accept or oppose the sexual relations,” the court said.

It added that this meant the sexual relations took place “without using any kind of violence or intimidation”, at least one of which elements is required in order to secure a conviction for rape under Spanish law.

There was an immediate backlash against the verdict.

“The law must be changed so that only ‘yes’ means ‘yes’,” tweeted Irene Montero, spokeswoman for the leftist Podemos party. “[And] so that we stop having a patriarchal justice system.”

“Barcelona’s high court still believes that women have to put up a heroic resistance,” said Altamira Gonzalo, president of the Themis women’s jurists association. “The judges easily put themselves in the shoes of the assailants, but not in those of the victim.”

The case echoes that of the so-called “Manada” (or “Wolfpack”) case, the nickname given to five men who raped an 18-year-old woman in Pamplona in 2016, during the running of the bulls festival there. They were initially found guilty of sexual abuse by a local court, triggering outrage on the part of women’s groups and many others, who said it was a clear case of rape. A wave of street protests against the ruling prompted the government to pledge a review of the law, which has not yet taken place.

After a lengthy appeal process, the supreme court overturned the verdicts earlier this year, convicting the five defendants of rape and raising their jail sentences to 15 years.

In that case, the initial verdict had found that no violence or intimidation had been used by the assailants. However, in the revised verdict, the supreme court said that there had been “environmental intimidation” against the victim, justifying the rape charge.

Critics of the Manresa verdict say that similar “environmental intimidation” was present in that case. The convicted men now have the chance to appeal against their convictions before the Catalan high court.