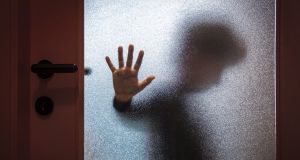 Victims were isolated or given part-blame for abuse, the head of Germany’s federal child abuse commission said. Photograph: iStock

Presenting its report on Wednesday, commission head Sabine Andresen said all of German society had failed to protect its children.

“Responsibility must be taken for this and responsibility means owning up to the causes and consequences of child sexual abuse,” she said.

Instead of solidarity, German child abuse survivors were rejected by families and institutions where abuse took place.

“Instead of believing and supporting them to end the abuse, they were isolated or given part-blame for the abuse,” she added.

Almost 1,700 people contacted the commission after it began its work in 2016. Some 857 hearings were held while it received 292 written reports. Given the work was dependent on testimony from people who came forward, the results are not representative.

Some 56 per cent of testimony heard involved abuse in families, the most frequent context. In its report the commission called for greater research and information campaigns to break taboos.

“The problem is that no society will allow its families to be the object of investigation,” said Prof Barbara Kavemann, a commission member.

“My father abused me when he came to wish me a good night,” said Nicole, in survivor testimony. “My father was a pastor . . . and nothing could be allowed disturb the Lutheran family as an image of the holy family.”

After three years investigating child abuse in East and West Germany, the commission has been granted a two-year extension to investigate abuse in sports clubs and of people with mental and physical disabilities.

Among the commission’s close contacts were Mr Justice Seán Ryan, author of the 2009 report into child abuse in Irish institutions for children.

“He was a great help and encouragement,” said Matthias Katsch, who went public in 2010 with abuse he suffered from Jesuit priests at a prestigious Berlin school. “Ryan said there is never an ideal time to start this work, the main thing is to start.”

The report notes that abuse is often transferred to the next generation and calls for easier access to therapy, as well as further probes into the roles of social services and family courts.

Looking at abuse in Germany’s two main Christian churches, the report encountered a “deep-seated defensiveness” in the Catholic hierarchy towards investigating abuse in their own ranks. Of 914 cases dealt with, 49 dealt with the Catholic Church. In 2018 Catholic bishops revealed more than 3,600 cases of sexual abuse in its files over seven decades, involving 4.4 per cent of all religious.

Commenting on abuse in East German (GDR) children’s homes, commission member Christine Bergmann said: “Child abuse in the GDR was more taboo than in the west. It didn’t fit into the socialist ideal.”