Activists’ accounts echo events in 2017, when hundreds of men were beaten 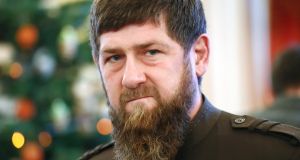 Two people have been killed and nearly 40 detained in a new crackdown on LGBT people in Russia’s Chechnya region, activists said in a report on Monday.

The deaths were reportedly caused by the use of torture by police. The reports echo those from 2017, when hundreds of gay men were rounded up by police in Chechnya and subjected to beatings and electric shocks in secret prisons, provoking international condemnation and sanctions.

If confirmed, the new detentions and killings would show that pressure on Russia and the Chechen leader, Ramzan Kadyrov, has not dissuaded him from presiding over modern-day pogroms against LGBT people in the conservative republic.

The Russian LGBT Network, a St Petersburg-based NGO that campaigns for equal rights for sexual minorities in Russia, led an effort to evacuate LGBT people from Chechnya in 2017. The NGO maintains an extensive network of contacts among Russia’s LGBT community.

The new wave of persecution began in late December, according to the Russian LGBT Network, after an administrator for an online group for LGBT people on the Russian social media network VKontakte was detained by law enforcement officers. Police used the contacts in his phone to round up others.

Those detained include men and women, said Igor Kochetkov, programme director for the group. Police used a jail in the town of Argun to hold the prisoners, took their documents to prevent them from leaving the region, and threatened violence against relatives to prevent them from speaking publicly about the crackdown.

“The persecution of men and women suspected of homosexuality never ceased,” Mr Kochetkov said. “The only thing that has changed is its scale.”

The reports were partially confirmed by the Russian newspaper Novaya Gazeta, which wrote that its sources also confirmed a new crackdown on LGBT people in Chechnya and quoted a message posted on one VKontakte group: “I ask everyone who is still free to treat this message seriously and get out of the republic as soon as possible.”

Previous victims have described the brutal tactics used by Chechen law enforcement against LGBT people in the republic. One young Chechen man said he had been beaten with metal rods, subjected to electric shocks, and verbally abused for his sexual orientation.

Three young men were reportedly killed in the crackdown.

Another victim, Maksim Lapunov, said that he had been beaten with batons while having a plastic bag pulled over his head. He was the first to make a formal complaint to Russia’s investigative committee, which so far has not opened a criminal case in relation to the reports.

Those reports led to international outrage and sanctions against Mr Kadyrov, who was targeted in late 2017 under the US Magnitsky Act for supporting “extrajudicial killings” and an “anti-gay purge”.

Mr Kadyrov has denied that the purge took place but also told one interviewer that gay people in Chechnya should be removed “to cleanse our blood”. – Guardian