Canadian IVF doctor who used his own sperm loses licence 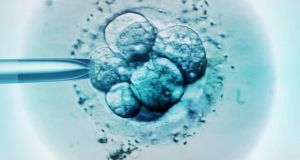 Bernard Norman Barwin was previously suspended by the college in 2013 after admitting to inseminating four women using the wrong sperm.

Canadian fertility specialist Bernard Norman Barwin (80) has been stripped of his medical licence for repeatedly using the wrong sperm - including his own - to impregnate his patients.

Barwin was deemed incompetent by the College of Physicians and Surgeons of Ontario, which described the former doctor’s behaviour as “beyond reprehensible” and said the damage he caused will span generations.

Barwin did not notify his patients of the errors, leaving them to discover years later the truth about their children’s paternity.

“It is the most egregious violation of a patient’s trust. These patients came to Dr Barwin and trusted him to help them start a family,” said Carolyn Silver, the College’s senior counsel.

Barwin pleaded no contest and did not attend the disciplinary hearing in Toronto.

The disgraced former doctor also faces a class action which alleges he is the biological father of at least 11 children conceived in his clinic. He is accused of using the wrong sperm on 50 to 100 women, with the earliest complaints reaching as far back as 1978.

Frances Shapiro Munn, a lawyer on the case, welcomed the medical community’s acknowledgment of the victims’ ordeal. She noted that the impact of his actions would “ripple through their lives for a long time”.

The college said it started its own investigation of Barwin because of the media coverage surrounding the civil case. It has since found evidence that Barwin fathered at least seven children and wrongly inseminated 13 women.

Barwin was previously suspended by the college in 2013 after admitting to inseminating four women using the wrong sperm. He resigned his medical licence in 2014 after other cases came to light.

On Tuesday, the college revoked his licence completely and ordered him to pay costs totalling C$10,370 (US$8,000).

In the college’s summary of its judgment, it described a dozen cases in which women were impregnated with the wrong sperm. In one case, one of the resulting children found out through an online DNA registry and then further medical DNA testing that Barwin is her biological father.

Another of the adult children read a victim impact statement at the hearing.

In 2015, Rebecca Dixon, then 25, underwent blood testing for coeliac disease, a typically hereditary illness neither of her parents suffered. Through that testing she and her parents found out she had no genetic link to the man she believed to be her father.

In her victim impact statement, Ms Dixon said “in that moment, my life changed forever.”

Dr Edward Hughes, who was retained as an expert witness by the college, suggested that Barwin’s defence - that improper cleaning of a sperm counter he tested with his own semen must have led to mistaken insemination - was “implausible”.

“This is a tragic situation, in which a sea of avoidable harm was done,” said Dr Hughes. - Guardian News and Media 2019