Female virginity tests continue in Afghanistan in spite of ban 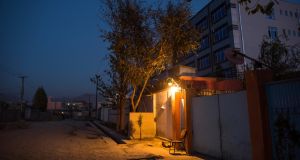 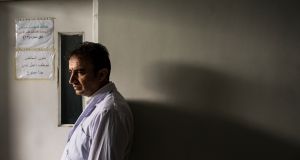 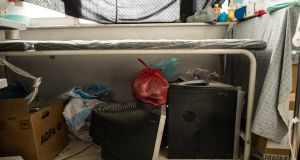 The teenage girl had barely survived an attempted mob lynching in Kabul. The police responded by forcing her to undergo a virginity examination.

An unproved accusation of adultery had sent the mob chasing the girl and the young man she had been linked to, and the crowd set fire to the car in which the two were found in July in west Kabul. They barely escaped, but the police seemed more concerned about the mob’s accusation. They chased her down and arrested her hours later.

“Since there was suspicion of sexual relationship, the police sent the girl to forensic medical for virginity test,” Fraidoon Obaidi, chief of the Kabul Police Criminal Investigation Department, said after her arrest.

That was months after the country’s president, Ashraf Ghani, had promised rights activists that forensic virginity tests – an invasive examination to check whether the hymen is intact – would be abolished as an official procedure. And it was years after studies and human rights groups had discredited the practice entirely, finding it invalid and tantamount to sexual abuse.

But the reality is that despite all that, and years of efforts to enact protections for Afghan women and girls, the examinations are still being ordered by officials, compounding the trauma for women who in many cases have been raped or otherwise abused.

The main forensic medical centre in Kabul, which also processes cases from other provinces, conducted 42 virginity tests in the first half of 2016, about the same pace as the year before, when it conducted about 80, according to medical records there. The overall number of such tests is certainly higher, given that official records across the country are difficult to track down.

One police substation in Kabul sent 26 cases of “moral crimes” – which include rape cases – to forensic medicine in 2015, and most involved virginity tests.

Asked for comment, Ghani’s office sent a statement saying: “The virginity test has been banned. However, it’s a long-lasting practice used wrongly by law enforcement authorities, especially police.” It said that early in 2016, “to eliminate the practice entirely, the government asked for a full study of the practice and the socio-psychological impact of this practice on women who go through this”.

The statement acknowledged, though, that such tests still happen: “However wrong, it is going to take some time to entirely be stopped and removed. But we are determined to change this practice.”

The procedure’s resilience, though, shows a broader problem that a recent report by the US special inspector general for Afghanistan reconstruction, known as Sigar, expressed concern about. The United States has spent $1 billion (€945 million) on legal reform in Afghanistan, yet the country’s justice sector still remains profoundly biased against women, the report said.

In addition to that spending, the United States added $1 billion for programmes in which the advancement of Afghan women was a central point. But many prominent women interviewed for that report said the efforts missed a key component: the support of Afghan men.

Historically, efforts to alter the status of women in a deeply male-dominated culture have drawn strong adverse reactions. That is reflected in widespread and aggressive criticism that working Afghan women say they face, and also in the perception that overall, basic support of women’s rights has dropped in recent years.

“These programmes have raised the expectations of women, but they have left men behind,” Adela Raz, Afghanistan’s deputy foreign minister for economic affairs, was quoted as saying in the Sigar report. “This has created tension between genders, because men think as women become more ‘aware’, they will cut ties with tradition and the families.”

A study by Afghanistan’s human rights commission found the continuing virginity tests so routine that the justice system was still regularly ordering female victims of domestic abuse who had sought protection in women’s shelters to go through the procedure. The commission called the examinations “violence against women”.

“The circumstances of virginity test are never humane,” said Soraya Sobhrang, a commissioner at the Afghanistan Independent Human Rights Commission. “In conducting virginity tests, no one asks for the consent of the victim or the suspect – 99 per cent of the virginity tests are conducted by force and without considerations of its legality.”

Virginity tests in Kabul are usually conducted in a small room at the city’s main forensic centre that looks more like a storage space than an examination facility. A narrow bed is tucked against the wall; several old computers and monitors are stored under it. The window is covered by a black cloth.

Khalil Ahmad Pashtoonyar, the government’s deputy director of forensic medicine, insisted that the centre never forces women to undergo the examination. If a woman refuses, he said, the facility just sends the file back to the police stating that the subject did not consent.

But that does not speak to the continued pressure within families for women to remain obedient. That culture and tradition is so ingrained that the forensic centre gets many cases that have not been forwarded to them by the police.

Newly married couples have arrived at the centre after their weddings when the husbands suspected their wives had not been virgins, doctors said. Parents have also brought in young girls who may have damaged hymens so the forensic centre can issue a certificate documenting the girl’s “purity” for some future husband.

Fear of social devastation has also given rise to underground businesses that promise to repair hymens – for as much $1,500, a large sum in Afghanistan. In an interview with the New York Times, one woman, who was afraid to allow her name to be used, described how she and her mother had sought the repair procedure to hide from her fiancé that she had previously had sex. “It is a big deal in Afghanistan,” she said. “If your hymen is broken, it is finished – you fall into hell.”

But the cost was too high, and the woman decided she had to tell her fiancé. He called off the engagement and demanded that her family repay everything he had spent on her, she said.

Some women are put through the tests several times. One girl in northern Jowzjan province who had run away with a young man was arrested and sent to the hospital for an examination, which showed that her hymen had been damaged, said Humaira Qarizada, manager of the aid group Women for Afghan Women in Jowzjan. The girl was sentenced to three months in prison, Qarizada said, but that was not the end of it.

“Soon she was released when a second test in the same hospital revealed that she was still a virgin,” Qarizada said.

For the girl who survived the mob attack in Kabul in July and was arrested and ordered to be examined, the test at the forensic medical centre showed that her hymen was still intact, according to records at the centre. Still, she was held for 40 days at the children’s detention centre, according to her father.

He said the public shame of the mob’s accusation forced him to send her away to stay with family in a different province. On the day she left, he said, the girl wrote him a letter expressing regret, but insisting: “I have done nothing wrong.”