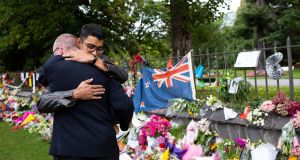 Facebook removed 1.5 million copies of the video of the New Zealand terrorist attack in the first 24 hours after Friday’s shootings, highlighting the enormous challenge involved in keeping violent and offensive material off social networks.

Fifty people died in the attack on two mosques in Christchurch, which was livestreamed on Facebook by the gunman in a 17-minute video. Although the original footage was removed after an hour and banned by the most popular social media sites, it has since been repeatedly reuploaded by other users, leaving tech companies playing a game of whack-a-mole as they try to keep it off their servers.

New Zealand’s prime minister, Jacinda Ardern, has said she will seek talks with Facebook on its efforts to stop circulation of the video. The social network’s livestreaming system was rolled out to all users as Facebook Live in 2016 but has increasingly become known for a series of murders and suicides broadcast on the system.

“This is an issue that goes well beyond New Zealand but that doesn’t mean we can’t play an active role in seeing it resolved,” said Ms Ardern. “This is an issue I will look to be discussing directly with Facebook.”

The comments came as politicians in the United Kingdom said social media companies had to step up efforts to tackle online hate. The UK chancellor, Philip Hammond, told BBC One’s The Andrew Marr Show: “The big media companies certainly have to do more. As the world becomes more and more digital we have to find ways of ensuring our digital environment is regulated as effectively, and behaves with the same standards and norms that we would expect in the real world around us. That clearly isn’t happening at the moment.”

Jeremy Corbyn, the UK Labour leader, told Sky’s Sophy Ridge on Sunday: “We’ve got to be far more aware of the dangers of the far right.” He agreed with Tom Watson’s calls for social media firms to do more to tackle the problem. He said they should act immediately to remove content such as the videos uploaded by the alleged attacker in the Christchurch shootings, but said it also raised the question of regulation.

Social networking companies, which have built enormously profitable businesses by designing sites that make it simple for anyone to upload and distribute material, are now fighting their own systems as they try to keep the video off their sites.

In the first day after the attack Facebook said it blocked 1.2 million attempts to upload the video thanks to its system automatically recognising the footage, while a further 300,000 clips were removed by moderators after going live. The social network said it was removing any clip featuring the gunman’s footage, even if that would not normally break its rules.

“Out of respect for the people affected by this tragedy and the concerns of local authorities, we’re also removing all edited versions of the video that do not show graphic content,” said Mia Garlick of Facebook New Zealand.

This goes further than several British news organisations such as Mail Online, the Sun, and the Mirror, which faced an outcry on Facebook after uploading edited versions of the gunman’s footage to their websites on Friday morning. Mail Online also uploaded a full copy of the gunman’s 74-page manifesto, which was later removed.

Despite this, the Sun and the Daily Mail’s print editions used their Saturday front pages to attack social networks for hosting the video. The Daily Mail front page article headlined “Massacre shame of Facebook” criticised the social network for enabling “sick users to copy the footage and repost it across the web”, without mentioning that its sister website had uploaded parts of the footage and the shooter’s manifesto.

YouTube has also taken measures to remove video of the attack from its site, although for some time it was easy to find the footage by entering simple search terms relating to the attack.

Although it is relatively simple for social networks to block identical uploads of the same video, users have bypassed these blocks by editing footage of the attack or by simply filming the original video on their laptop screen.

While mainstream social networks have been criticised for their role in hosting the footage, many more copies are likely to have spread via encrypted messaging services such as WhatsApp and Telegram.