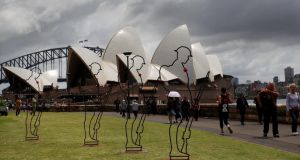 The most comprehensive study to date of wage theft and working conditions among international students, backpackers and other temporary migrants in Australia has found almost a third earned $12 (€7.50) per hour or less, about half the casual minimum wage. The survey also found large-scale wage theft was worst in fruit and vegetable-picking and farm work, where 15 per cent of workers earned $5 (€3.10) per hour or less.

The online survey was conducted between September and December 2016 yielding 4,322 valid responses from people representing 107 countries. It was open to anyone who had worked in Australia on a temporary visa and was made available in 13 languages.

The analysis of the results shows that for every 100 underpaid migrant workers, only three went to the fair work ombudsman. Of those, more than half recovered nothing.

“The study dispelled the misconception that temporary migrants are underpaid because they are unaware of minimum wage rates in Australia,” the report says. “Though they may not have known their precise entitlements, the overwhelming majority who earned $15 or less knew that the legal minimum wage was higher.

There were several barriers to reporting wage theft, Farbenblum and Berg found. Many were unsure of the process or believed it would be too difficult to recover the wages, and more than a quarter said they would not speak up because of fears of losing their visa.

Four per cent of participants indicated that someone in their workplace had threatened to report them to the immigration department,” the report found. “This included 92 temporary migrants (3 per cent) who had been threatened by their employer or a manager, which was likely calculated to induce compliance with particular work conditions and/or to deter complaint.”

Exacerbating exploitative conditions were “deposits” – 5 per cent of survey respondents reported having to pay to employers for a job during their time in Australia, which they were told would be returned when they left. A further 194 participants said they paid a potentially unlawful training or other fee to their employer, with some respondents paying more than $900.

The report concluded that improved support services and immigration safeguards would encourage more workers to report their employer and to successfully seek redress, and that doing so would be crucial to ensuring Australia remained an attractive destination for international students and backpackers.

“Our study confirms that Australia has a large, silent underclass of underpaid migrant workers,” Farbenblum said. “The scale of unclaimed wages is likely well over a billion dollars [620 million].” – Guardian

1 Dublin gangland figures involved in Drogheda feud that killed 17-year-old
2 Mary Lou has to call for the smelling salts as SF councillor deals a knock-out blow
3 Who was murdered teenager Keane Mulready-Woods?
4 Murdered and mutilated: Keane Mulready-Woods and the teenagers of gangland
5 Murder inquiry after Cork student stabbed in neck at house party
Real news has value SUBSCRIBE