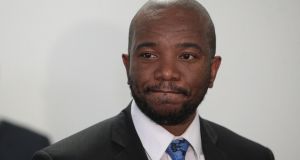 South Africa’s Democratic Alliance party has been plunged into its second major crisis in two months after losing control of Tshwane and Johannesburg following the collapse of its coalitions in both city councils.

In Johannesburg, the DA had been renegotiating its coalition agreement with the Economic Freedom Fighters (EFF) after the DA mayor, Herman Mashaba, quit the party citing internal tensions just days before Mr Maimane resigned on October 22nd.

To support the DA’s replacement for Mr Mashaba and form a new coalition, the EFF wanted senior roles in the council. However, the two parties’ governance deal came unstuck when the DA refused to give the EFF the positions it wanted.

In the absence of a new deal between both parties, the African National Congress (ANC) was on Wednesday able to convince enough Johannesburg city councillors from the smaller parties to enter a coalition with it. As a result the ANC’s candidate for mayor, Geoff Makhubo, was elected by the council to the office.

It is also believed that at least three DA councillors voted for Mr Makhubo, which prompted Mr Mashaba to label their actions as the kind of treachery that “demonstrates why” he left his former political home.

In Tshwane, the DA’s loss of power came on Thursday when its mayor Stevens Mokgalapa was removed in a vote of no confidence. The ANC, which tabled the motion, cited the ongoing water crisis, corruption and an alleged sex scandal involving the mayor as the reasons for wanting him removed.

Tshwane has yet to elect a new mayor.

The situation as its stands means the DA has now lost the three metropolitan areas it took over via coalitions following the 2016 local government elections. Last year, the party also lost control of Nelson Mandela Bay council in Port Elizabeth when its coalition there with the EFF fell apart.

The DA’s latest setbacks cap a terrible year for the movement, in which its poor general election performance and the fallout from Mr Maimane’s resignation hit the party’s popularity hard.

Indeed, some analysts warn the DA might never reclaim support it has lost with its black voter base, as many of them believe Mr Maimane and his allies were pushed out of the party by an older generation of its white supporters.

It is understood that the Maimane faction and those opposed to it in the DA had ideological differences around issues like black economic empowerment and restitution for those previously disadvantaged by apartheid.