Whistle-blowers in health sector most likely to be punished, report finds 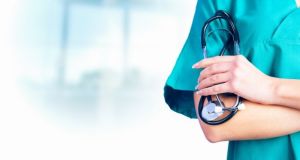 Some 40 per cent of those working in healthcare were penalised after raising concerns between 2017 and 2020. File photograph: iStock

Whistle-blowers in the health sector are the most likely to be punished for disclosing alleged wrongdoing, according to a new report by Transparency International Ireland.

Its data, based on helpline calls received from 2017 to 2020, shows that 40 per cent of those working in healthcare were penalised after raising their concerns, a rate far higher than an overall average of 24 per cent across all sectors.

The organisation has also said that free legal advice given to those who believe their concerns merit exposure has reached almost €900,000 since 2016.

Its third annual Speak Up report is published on Wednesday to mark International Anti-Corruption Day and is based on information obtained from 566 callers.

Whistle-blowers from the policing sector reported similar rates of retaliation to healthcare at 38 per cent, with those working in banking and finance at 30 per cent.

The greatest number of calls came from the charities and NGO sector with health and education second and third.

Since the enactment of the Protected Disclosures Act in 2014, TI Ireland said it has seen a 123 per cent increase in the number of calls from whistle-blowers and has offered free support to over 1,700 people.

“The Covid-19 pandemic creates the conditions in which corruption can thrive,” said chief executive John Devitt. “[Whistle-blowers] continue to face retaliation for speaking up and this continues to be the biggest barrier to reporting wrongdoing.”

Accusations of regulatory breaches were the top issue identified by those who contacted the organisation at 30 per cent, followed by whistle-blower retaliation (24 per cent) and fraud or false accounting (17.5 per cent).

However, Mr Devitt pointed out that it would be wrong to infer that an increase in contact from any specific sector was an indication of greater problems – it could even be a reflection of a culture more proactive in promoting whistleblowing or in which staff feel safer speaking up.

Most of those contacting the Speak Up helpline received basic information and advice on reporting channels, although over 22 per cent were referred to a relevant agency, and 16 per cent to a legal adviser. The Transparency Legal Advice Centre (TLAC) provides a free service for whistle-blowers.

The report highlights key developments in legislation, notably the EU Whistleblowing Directive that takes effect in late 2021 and which will require employers with more than 50 staff to establish whistle-blowing procedures.

It will also reverse the burden of proof, thereby requiring employers to show they did not penalise a worker for making a protected disclosure.

As well as a change to legislation governing the disclosure of financial interests in public office, the report calls for proactive intelligence sharing among law-enforcement agencies to detect corruption and economic crime.