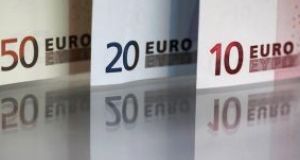 Trade union leaders have questioned whether a new public service agreement on pay and other issues can now be reached with the Government.

Unions said that the talks process with the Government was now “extremely fragile”.

Public service union leaders on Thursday expressed “fury” over how they said talks on a proposed new accord to cover 340,000 State employees was being handled by the Department of Public Expenditure.

Kevin Callinan, chairman of the public service committee of the Irish Congress of Trade Unions, said the conduct of the Department of Public Expenditure around the talks and the absence of progress on issues the staff side had sought raised questions about whether progress towards a new deal was now possible.

Unions said following a meeting on Thursday morning that talks planned for Thursday afternoon with the Department of Public Expenditure would be “crucial”.

Trade unions are angry that proposals drawn up by the Government side in the talks — which they considered to be confidential – had been shared with other staff associations that are outside the Irish Congress of Trade Unions.

The leadership of many unions, who are not directly been involved in the talks, had not been given the Government proposals.

The Irish Times reported on Thursday the Government had proposed that staff in the public service could be rostered to work over an extended week, including weekends, as part of a new overall agreement on pay for State employees.

The proposals put forward by the Department of Public Expenditure in recent days also suggested there should be “maximum flexible service delivery options” – which some groups believe could lead to greater outsourcing of services.

The Department of Public Expenditure proposals – which were set out as modernisation reforms – in the current public service pay talks maintained that employees should be available over an entire week “to provide better services for the public” and that this could include Saturday and Sunday.

Union sources have indicated proposals such as five-over-seven-day rostering, extended days or any outsourcing would absolutely not be accepted as part of any final deal.

Mr Callinan said unions have maintained that any successor to the current public service agreed – which expires at the end of December— must include amechanism to address issues still outstanding from the Haddington Road agreement, a separate mechanism to address sectoral issues and a realistic and acceptable approach on pay.